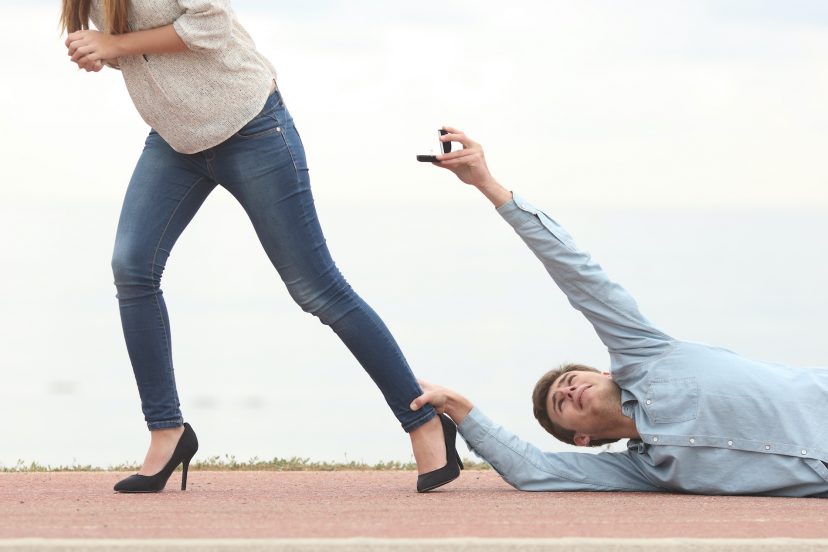 The reasons why women leave men are numerous. Each couple has their own individual set of issues.

Not that most men want to drive their women out of their lives but the sad fact is, women leave men and in most cases, it could have easily been prevented.

If you’re reading this and your wife, girlfriend or partner has walked out it’s probably been a decision which has developed over time and the reasons could have been staring you in the face for a long time.

Has your partner left for someone else? If the answer is yes then it’s in all probability got nothing to do with physical attraction.

Women leave men in many cases because of lack of appreciation. While all may seem lost when the “bubble bursts” don’t consider getting your partner back a lost cause.

You need to analyze the reasons why your wife or girlfriend has decided to pull the plug on your relationship. We’ll give you a big tip on how to behave once she’s left. But first, some vital points about the differences between what men and women want in a relationship.

The fact is, there is a difference between what men and women want.

In a nutshell, women like to be appreciated, not 24 hours a day but enough to show their man cares about them and their union.

So what are we talking about here? Appreciation can come in many forms. From preparing a man’s lunch to looking her best from a grooming perspective to simply receiving comments about her appearance.

Are you getting the picture here?

If you simply take things like this for granted then expect some backlash in the form of emotional withdrawal.

When this happens, it sets the wheels in motion which will drive a wedge between her feelings towards you. The longer this is left unattended, the more chance that she’ll be seeking it elsewhere.

If Not From You, Then Who?

So if not from you, then who? That’s a question I can’t answer but you know how life works.

Are we suggesting she will look for some appreciation from another source?

Perhaps not intentionally but when another man begins to pay attention to a woman who is craving it from her partner and not getting it, then the alternative could be attractive.

The rest as they say will be history. It’s a point men need to understand about women.

It’s that old chestnut about the universe and how it “abhors a vacuum”. It works in every aspect of life.

If your partner has just left you and you’re wondering why, then look deeper into the reasons and what we’ve discussed here.

Why Women Leave And Can You Get Them Back?

In most cases, the answer will be no because of the way most men behave after the initial break.

So here’s the tip we mentioned above on how to at least have her look at you in a positive way again.

If you’ve currently been “tossed out on your ear” and are feeling a little bewildered as to why, then how have you reacted?

The first thing you need to do is to toughen up. Just be ok with the break up and go along with it.

In fact, you can go as far as to say you were even thinking about suggesting the split yourself but be ready to “duck for cover.”

This tactic on how to get your partner back is very powerful. It’s not the response your wife or girlfriend would have been expecting.

Can you see where we are going with this? Love is a battlefield of emotion. You were put on the back foot with the eviction notice and now you need to at least get back on level ground.

This is for two reasons – it shows her you’re not needy. This believe it or not, will earn you respect in the long run.

Secondly, you are reversing the situation. You are practically breaking up with her and suddenly there’s a shift in the psyche. Remember, people want what they can’t have.

This is a controversial tactic and the truth is, most guys won’t have the mental toughness to carry it out.

Instead, many let their egos get in the way and will feel hard done by. They’ll virtually want to make her see that if they’re given a chance, they’ll change.

Or they’ll threaten to fall apart without her.  And yes, they’ll hound her on the phone and leave countless messages.

Step back. Can you see how this behavior is needy and desperate? It’s unattractive and all you’ll succeed in doing is driving a greater wedge between you and her and ultimately destroying any chance of a reconciliation.