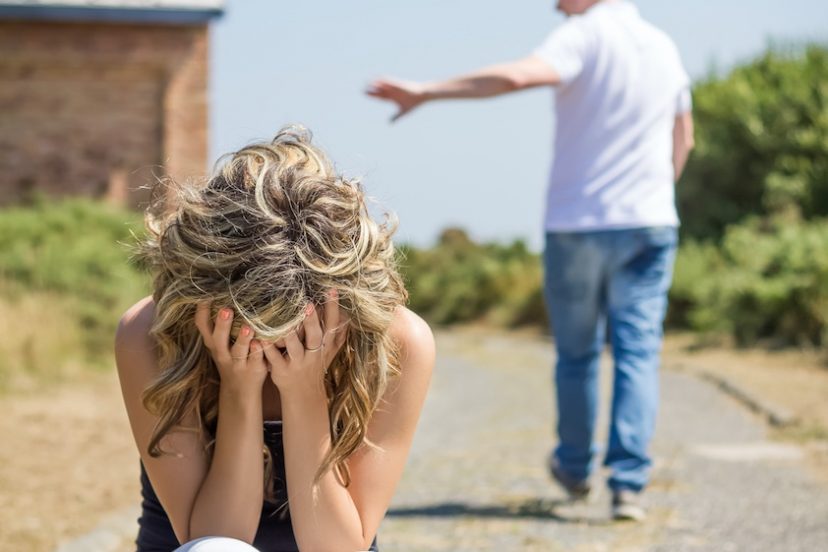 I was recently involved in a discussion centered around why men leave good women?

I really had to think about this for a moment because isn’t that what we guys want? A good woman to take care of us and send the respect our way that we crave.

There’s a thought that men never really grow up and even when they leave the nest they still crave that motherly attention.

Maybe that’s true – maybe it isn’t. Well not in my case.

But it still doesn’t answer the question of why men leave good women?

After scanning my old notes, I found some lengthy scribblings on this very topic. I had been canvassing responses to a similar question (I also researched why women leave good men) and there were a couple of reasons that really stood out.

And they had very little to do with missing that precious motherly love.

When we ask why men would leave good women, then this article is written from the perspective they’ve left for another woman.

Other than something life-threatening, why else would they leave?

Many men will leave for a much younger woman which I have always found to be extremely sad. A woman gives the best years of her life to a man and in the end it’s all for nought.

I’ve seen it happen close up in my circle of friends and family and yes, people do fall out of love but I question whether that was why it happened from what I observed.

Anyway, don’t get me started on this as it’s an article for another day. Right now let’s try and pinpoint the answer to our question.

So your man has walked out on you. What went wrong? Other than you being in the wrong through some indiscretion, then the reasons could be numerous. No, I’m not saying you were in the wrong.

Do you know that men secretly crave respect and attention and it’s something they transfer from their childhood into their adult lives?

So what has this got to do with your man walking out? Well, it could have plenty to do with it and the truth may be that you could have been innocently at fault.

By now, you’re probably ready to throttle this author but bear with me for a moment. You as a woman like the feeling of being made to feel a little special.

Well guess what, men are the same but being men, they will tend to suppress their feelings and not share them.

If your man has left you for another woman, then you need to look deeper for a reason other than it just being a sexual attraction.

When Did The Rot Set In?

The truth is, the reasons will be numerous and the rot may have set in a long time ago. So what are we talking about?

They may not make it known publicly but if this attention starts to wane from the one person they thought they could get it from – their partner, then it may not be long before they will respond to that type of attention from somewhere else.

Yes, this is a little hard to take right now especially when someone has just been spurned by their man. Cool heads must prevail on your part. It’s one of the keys in getting your ex partner back if you want him back.

What else could have gone wrong?

Has your dress sense around the home taken a turn for the worse? For example, when once you would go to great lengths to catch your man’s eye, are you now content to simply get around in “sloppy joes?”

How about your communication levels with your man. Did you stop laughing at his jokes? If yes, why?

Did you begin to criticize him on a regular basis for even the most minor things? This is a huge man-killer.

What it boils down to is men like to be admired. If they struggle for admiration outside the home then they will desperately crave it within their own four walls.

And that’s where you’re supposed to come in.

Above all, men really hate the thought that their partner is dissatisfied with them.

It’s a hit to their male egos and it gets back to being admired, appreciated, respected and wanted.

When these vital aspects are missing from their lives at home, then you can see how attractive it will be to them when another woman starts to send some attention their way.

Before I close, I just want to elaborate a little on the question of criticizing your man.

As I mentioned earlier, this is a natural man-killer. It doesn’t happen instantly but over time, it will seep into a man’s soul and eat him up.

Constant criticism from the person he has sworn to love and protect is tough for men to take. Being put down is just as bad.

And to take this a step further, criticizing a man in public, in front of friends and family and coworkers is playing love roulette. Eventually, he will respond to the attention he seeks as soon as it comes from another direction.

What happens? Resentment sets in. Once this happens, resurrecting a relationship, no matter how long two people have been together or how much history they’ve built up, is nigh on impossible.

So, can you answer whether any of this went on in your relationship? Again, I’m not accusing anyone here, just offering some insights into why men leave good women.

If you recognize this as an issue in your relationship and you want him to come back, then you’ve got a long road ahead of you. It won’t be easy.

And it all starts with a totally unconditional apology. That’s if you feel you need to make one. Then leave it at that. In all probability, he’s not going to run back into your arms right away. This will be long game.

Is it one you really want to play?