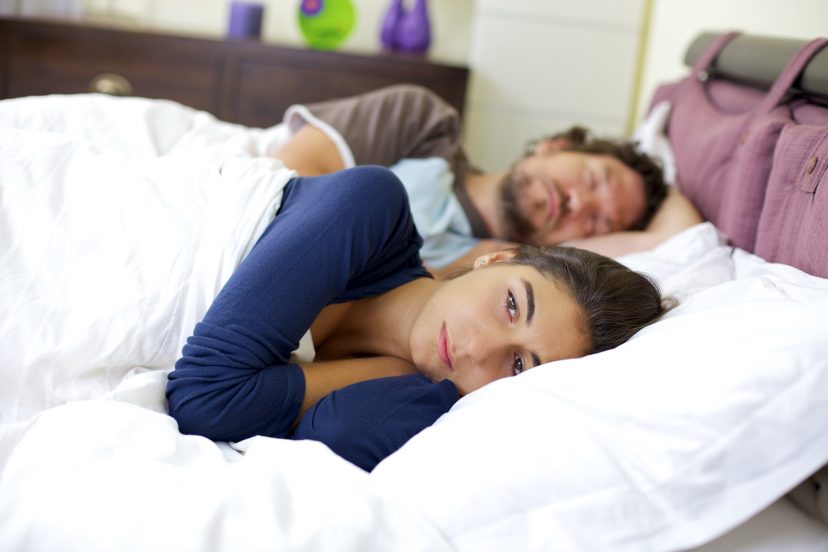 Do you feel you’re in an unhappy marriage? Are you feeling a little uneasy? Now look at your husband.

How has he been acting lately?

Does he seem distant? Does he seem to be avoiding you? Has he been doing things totally out of character with what you know about him?

If you answered yes to all of these questions then something may be up. To put it bluntly, he may be getting ready to leave you vindicating your unhappy marriage suspicions.

Okay, probably not what you wanted to hear and this post is not meant to send you into an emotional frenzy.

But why have you let it progress this far before trying to “stop the dam wall from leaking?”

Truth is, you probably have had a feeling that something is not quite right.

That gnawing little feeling in your gut that you know is there but you explain it away in your own mind.

And while the most obvious course of action is to confront him and just ask him straight out what’s going on with him, the fear that he may tell you what you don’t want to hear prevents you from doing this.

So you stay in an unhappy marriage.

This is the hump you need to get over. Do you ever ask yourself why you stay in this miserable situation? Don’t you want to be happy again?

No matter which way you dice it, it’s a terrifying thing to be going through.

Jenny Suspected Her Marriage Was An Unhappy One

Aaron and Jenny seemed to have the perfect marriage. They had been together for almost thirty years – had a couple of college educated kids and seemed to be the envy of all of their friends and family.

Their house seemed like the regular meeting place for get-togethers and no one could remember the last time they were seen arguing.

An unhappy marriage was the last thing anybody suspected with this couple. They were marriage role models.

But Aaron and Jenny were putting on a brave face. Jenny knew something was wrong. She just didn’t know what. Or maybe she did.

You see Aaron was never really someone concerned about his physical appearance. To put it mildly, he almost revered his paunchy figure and stopped just short of wearing it like a badge of honor.

He loved a beer and his diet was, well, let’s put it this way, crap.

Her Marriage Is About To Get Unhappier

They did everything together and it wasn’t long before they were off on a “boy’s trip” to Thailand together.

Jenny didn’t mind. She loved her husband and was just glad to see him having fun. At that point, an unhappy marriage was the last thing on her mind.

The Thailand trip according to reports was a riot and it wasn’t long before another was planned…then another and another.

Jenny didn’t think much of it. After all, Aaron was a self-made man who had built up a nice little nest egg and finances were the least of his concerns.

Besides, it gave her the opportunity to spend more time doing what she loved – growing and taking care of her rose garden.

Red Flags Of A Marriage In Trouble

This scenario went on for sometime. Jenny noticed that Aaron started to become distant. He would disappear into his study for hours at a time.

Aaron seemed “tied to the hip” of his computer. He always took his phone calls in another room or went outside.

But the biggest red flag Jenny noticed was when Aaron joined a gym.

She wouldn’t have worried if he just went sparingly but he went almost every day like clockwork.

Aaron completely changed his diet. He’d almost become vegetarian. His weight dripped off him like “butter on a hot stove”.

He just kept telling her that his doctor told him he needed to get his cholesterol down.

Jenny accepted this on the outside but she knew something else was brewing.

To cut a long story short. At Christmas Eve dinner with the kids, a disagreement broke out between the two children.

Aaron imposed himself on the argument and Jenny interceded when it became a battle between the kids and their dad.

Jenny took the side of the children and this seemed to set Aaron off. He let fly with a flurry of what he thought were home truths about Jenny from everything about her appearance to her personality.

It was ugly. Jenny responded with something like…”well, if you don’t like the way I look why don’t you leave?”

An Unhappy Marriage Is Confirmed

Divorce followed soon after and the perfect marriage everyone thought couldn’t be broken was gone in the “blink of an eye”.

It can happen that fast.

Reality bites but if there is a “light at the end of the tunnel”, it’s that both people can now move on.

It was like a weight was lifted from the shoulders of both despite the pain being felt.

Well, it turns out he met someone over there, fell in love and this was the catalyst for improving his physical appearance and eventually walking out of his commitment to Jenny.

Signs Your Husband Is Ready To Leave

Now there are several things we could highlight here that could have helped Aaron and Jenny fight to keep their marriage alive.

But this post is about recognizing the danger signs that he is getting ready to leave you.

And unless you confront the “elephant in the room” and get an admission something is not right then repairing any damage is almost fruitless.

The longer you leave it the harder it will get. Before you know it, years have passed in your life where you’ve felt nothing but unhappiness.

Aaron was getting his needs fulfilled elsewhere.

Maybe if Jenny had tried a little harder, been more vigilant about the trips he took without her, organized their own getaways.

Or, maybe their marriage had just run its course with the flaws exposed when the kids moved out and it was just the two of them.

This is something we’ll explore in another article.

But for now, let us end with three of the danger signs Jenny actually recognized but did nothing about.

She felt comfortable just staying in an unhappy marriage.

Aaron gradually became distant over a period of time. One of the areas affected was their level of intimacy. Even a kiss on her cheek before he left for work became hard for Aaron to do.

Aaron was more and more irritable with seemingly insignificant things. And this was more noticeable whenever Jenny asked even for the smallest favor.

The arguing increased and at the end, neither of them had the strength to apologize and make up.

There’s a theory guys will start arguments just to gauge whether there is any reason left to stay in a marriage.

In other words, they may be looking for an excuse to get out and starting frequent arguments is one way of doing this.

Aaron’s behavior around other women seemed to change, especially during that last year which bugged the heck out of Jenny.

She took offense to the fact he was lavishing the kind of attention on others that she rightfully expected to only be reserved for her.

Another theory exists that forming bonds with other women is a sign a man could be preparing himself for life as a single guy.

A “death by a thousand cuts” type scenario.

So, is your hubby acting out of character?

Is he exhibiting all the danger signs that he might be ready to leave you?

The biggest takeaway from this article?

Don’t ignore out of character behavior when it’s over a sustained period of time.

When it’s done occasionally there’s no concern for alarm bells but when it’s over a period of time, take notice.

And unlike Jenny, communicate with him even if it’s hard to do. It could very well save your unhappy marriage.