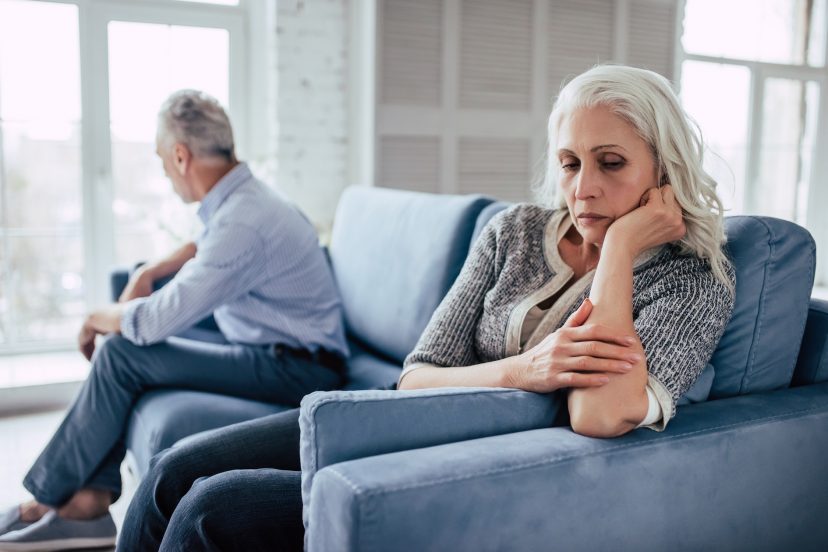 For those of us who have been or are unhappy in marriage, it’s no fun.

The steps to fix an unhappy marriage start with a couple acknowledging there’s a problem.

So many couples will let things fester for five years, ten years, twenty years – even a lifetime without admitting there is something wrong with their marriage.

Don’t let this be you.

The only person who can help you bring happiness back into your marriage is the person you’re married to.

I’m assuming you’re reading this article because you want to get your marriage back on track. Whatever the reasons it’s unhappy, unless you sit down with your partner first and be open that it’s not working, nothing will change.

Unhappy In Marriage – What To Do

Here are three initial steps to take if you’re unhappy in marriage.

They’re not the total solution but they will get you on the path to determining whether it can be rectified or if there’s little hope for a fix.

By the end of this session, you will get an idea of whether your marriage can be saved or whether it’s a lost cause.

I realize some people just don’t want to know and that’s their choice.

The problem here is they already know what the result of any open meeting will be.

But they choose to stay in the marriage just so they won’t lose their spouse. In most cases like this, the relationship is one-sided. Again, I’m not judging you if this is you. It’s ultimately your choice.

Stay Unhappy Or Make An Effort?

This may sound drastic but realize you’re unhappy right now and just to stay in a miserable marriage just for appearance sakes is lunacy.

I don’t know your situation or why you would even want to go down that path.

But know this, the marriage landscape is full of people who watch fifty years of their life go by just because they didn’t have the courage to be open with their significant other about their unhappy relationship.

Sure there’s a chance that after you have your open heart-to-heart, the marriage could be over. But there’s also a chance that it may be salvageable and you could get it back on track.

This will be just about the toughest thing you will ever do. Facing your spouse when things are bad is not easy to do. Being honest with them and admitting your faults and problems is even harder.

But just think about how you’ll feel tomorrow or a week from now or even a year. You’ll have either moved on with your life or you’ll be back in a marriage that’s showing lots of signs of life.

What The Experts Say?

Erin Montgomery LAMFT, LSAR says there are different steps for different couples. She says not every situation will be the same.

Each couple will need to find their own common ground.

But the first thing they need to do is acknowledge there’s issues and be open to sit down and talk about them.

Firstly between themselves and then with a counselor or a third person who has the all important “forty foot view” of their situation.

This is so important. If you feel you don’t need a counselor or someone you can trust to listen and give you advice, you are not serious about fixing your marriage.

“As a counselor, I know that each couple that I talk to are going to have different steps”.

“Oftentimes there’s one partner who will want to work on things and another who has already checked out”.

“At that point it’s very difficult to come together and make a plan to move forward”.

“If you’re not open and willing to work on a marriage then you’re going to have some issues”.

“Sometimes it’s really difficult to acknowledge that there is a problem but it’s a crucial step to take before you can move forward”.

“So, these are really important steps – being open, being willing and acknowledging that there’s something that needs to be done”.

I’ve known couples who have reached their silver or even golden marriage anniversary and are total enemies.

They are resentful and bitter towards each other.

In most instances, if they had put up with a temporary uncomfortable ease many years earlier and confronted their issues, their lives could have looked totally different.

But pride and a need to always be right ruled their thinking.

If you are in an unhappy marriage, sometimes you have to experience an initial uncomfortable period before getting back on some form of “happy train”.

Avoid the need to be right and put your pride where it belongs – back in a box.

If you feel the marriage can be happy again, isn’t it worth having an initial discussion with your spouse?

This doesn’t have to be a confrontational meeting but just two people sitting down discussing something they both have a vested interest in.

Decide before you start to be open and honest with each other and above all, civil.