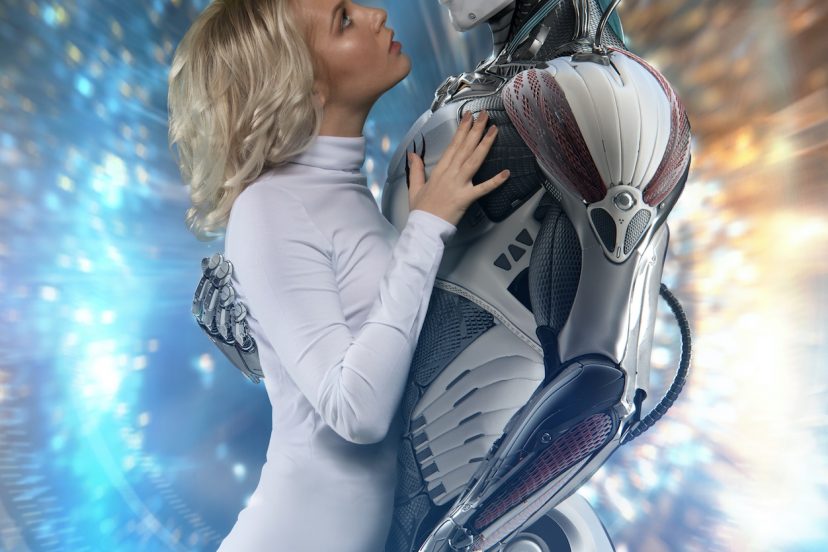 A troubled marriage can mean there’s infidelity going on.

It can even mean there’s financial issues affecting the relationship between a husband and his wife.

But alien interference? Really? So, what do you do when there’s paranormal interference in a marriage?

Well, if you doubt this is a reason a marriage could be in trouble then think again.

The paranormal could mean anything from ghosts to witchcraft to psychic episodes.

But what about alien interference? I’m talking those of the “little green men” variety.

You won’t hear about it unless you move within the contact experiencer circles.

After performing over a hundred interviews with contact experiencers just in the past month, it is obvious that someone going through benevolent or malevolent paranormal contact puts stress on the rest of the family household.

That’s if they share what’s happening to them. If a person is going through alien contact and shares it with their spouse, the reaction can vary.

You’d think they would be understanding but in many cases they aren’t. Usually, the first reaction is what will people say. So you suddenly have the seeds for a troubled marriage to develop.

In 2020, she released a landmark book titled Dirty Little Secret: Confessions of an Alien Contactee.

Montgomery showed amazing courage in revealing what had happened to her and she’s determined to help others going through the same experiences.

Montgomery believes there will come a time when alien contact experience will be normalized.

At least that’s what she is working towards citing the millions of people having contact experiences around the world.

And it’s in the area of a troubled marriage or troubled relationship that she is hoping to make a big impact.

Would You Believe Your Partner If They Admitted To Alien Contact?

Montgomery says many issues are instantly created when a contact experiencer admits to their partner what’s been happening to them.

It’s a lot for someone to take in and most times it’s time itself that will be the biggest help here. Time to understand what’s going on.

But the problems start when the contact experiencer gets the impression their partner doesn’t believe them. Two people on different pages and someone’s integrity at stake. It’s a recipe for a troubled marriage disaster.

“One thing you’re going to run into is when you believe and understand that you’ve had experiences of this nature”.

“Where you’re being abducted or you have contact with ETs and your partner doesn’t believe you”.

“That can affect many different areas of your relationship”.

“That includes on the creation of secrets like ‘this is happening to me but I can’t speak about it’.”

“And so you’re creating secrets which can fester and grow in a relationship”.

“But then it also creates an environment where you do not feel necessarily safe being yourself and being truly honest and open”.

“What do you do when there are paranormal roadblocks involved?”

“I have experienced it where I didn’t say anything. And in my second marriage, I didn’t reveal any of this stuff until the moment I discovered I had a very large pattern – not really a bruise – but it was like a mark on my back”.

“And so then I had to explain how that happened and initially, he was more fascinated than he was angry”.

The thing to remember here is the contact experiencer is just as, if not more confused than their spouse.

Imagine yourself leading a relatively normal life with no drama and then suddenly you’re abducted by entities from another world and taken on board a spacecraft.

If it’s a malevolent experience, then you’ll end up with plenty of trauma.

If it’s a benevolent experience you’ll more than likely be encouraged by your visitors to share what you’ve seen.

These are situations facing millions of people each day.

The Director of Mufon’s (Mutual UFO Network) Experiencer Research team Kathleen Marden, in a 2020 interview with Aliens Revealed Live said more than a hundred people contact her office each month.

And that number is rising significantly.

“My team are caring, compassionate and nonjudgmental. They listen to experiencers giving support and information”.

“They will also provide advice which includes where to get advanced help or where to go to meet and join with other experiencers”.

Marden reiterated that with more than thirty specialists on her team, an experiencer’s information is kept very confidential.

Marden says the number of people having alien encounters probably numbers into the multiple millions.

Is Your Marriage In Trouble Because Of ET Influence?

Is your marriage in trouble? If you are experiencing alien interference in your life and haven’t spoken to anyone, including your spouse, then consider contacting Mufon’s Experiencer Research team.

And Erin Montgomery’s final word of advice if you’re going through or want to avoid a troubled marriage scenario because of ET contact?

“Firstly, you’re going to have to feel comfortable talking to them about what you’re experiencing”.

“However, if you don’t have those open communication lines this will be difficult”.

“You’ve got to have those open lines of communication”.

“You need to be seeking out support from other people who have had similar experiences”.

“That could be key to helping you get through this situation”.

In the RomanceRepair.com minute above, Montgomery talks about a troubled marriage from her own experience, how to break it to your partner if you’re going through the same and interestingly, whether the ETs themselves can be helpful.