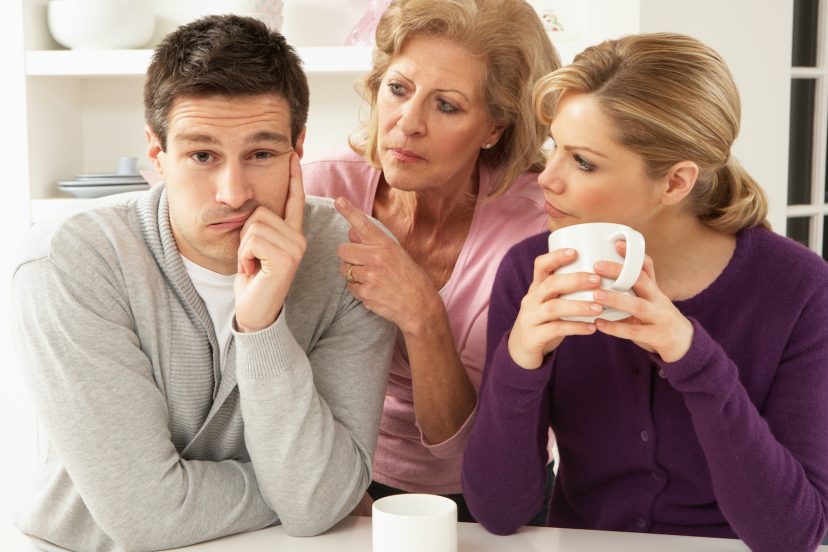 Do you have a problem with toxic in-laws? Don’t worry, we have a solution but you may not like it.

When you’re toxic in-laws are causing problems in your marriage the best way to react is by not reacting.

Okay, maybe not the most profound statement and now you’ve got the answer, there’s probably no reason to continue with this article. But whoa, wait a minute…there’s more!

Think about that for a moment. If you have an in-law who is giving you grief, it’s more than likely that you may have reacted. You felt good that you were able to put them in their place. But has the grief stopped?

Are you now getting the respect you deserve from them?  Are they treating you like the golden son or daughter in-law you deserve to be treated as? More than likely not.

It’s likely that they’re happy to get a reaction from you because it will confirm to their son or daughter that they were right about you all along.

3 Ways To Win Toxic In-Laws Over

Let’s take a look at three ways to handle your toxic in-laws without causing issues with your spouse.

This is going to require a delicate balance of diplomacy so you keep all parties happy.

After all, if you upset your spouse’s parents you run the risk of alienating them.

These are common sense solutions and while they may seem a little benign, stay with us.

Your marriage is at stake here, make no mistake.

This needs to be “nipped in the bud” right now but aggressive action is not the answer.

If you are getting grief from an intervening in-law resist the temptation to hold your spouse responsible for their actions.

This should be first and foremost. Avoid feeling that your spouse is going to feel exactly the same way about you as their mom or dad do.

You signed up as a team for better or worse and despite the pressures from dealing with an out of control in-law, your spouse cannot control how their parents behave in most cases.

There’s a strong chance that they aren’t yet comfortable in confronting them as an adult would especially if they were brought up by strong-willed parents.

Just avoid putting the blame for the behavior of the parents on your spouse.

Talk with your partner about the best way to handle the situation.

Avoid venting about your in-laws to your spouse or trashing them because quite simply, they are still his/her mom and dad and this is probably a tough situation for them too.

You don’t want to get your spouse feeling like they have to choose between you and their parents.

If it gets to this stage then it’s going to hurt your relationship with them.

Talk to your spouse. Be diplomatic.

Tell them you would love nothing better than to get along with their parents and then ask them if they have any thoughts on how to handle this.

Go as far as to compliment their parents on things they do well. For example, their great garden, clean house, the way they dress – anything that they do well.

Because kids talk to their parents. When your spouse tells their mom or dad what you said about them –  and they do – chances are you’re going to be seen in a better light eventually.

And yes, it will take time so you need to be patient. But remember to be very diplomatic as this stage is very delicate and needs to be negotiated carefully.

If necessary, avoid too much contact with your in-laws.

This is what worked for me and now, I have a great relationship with my in-laws.

I used work as an excuse to avoid visiting my partner’s parents and kept my meetings with them to a bare minimum.

What this did was diffuse any situations before they began. I had both of them on my case from the get go.

I wasn’t good enough for their daughter. We weren’t the same nationalities.

What would their closed community think about them with their daughter marrying someone of a different persuasion.

It was tough early and my in-laws wanted to say a lot of things to me.

But in the end, they saw me as a hard-working young man who loved their daughter and who would make any sacrifice necessary to make sure I was a good provider.

Even if that meant putting in extra hours at work and missing visits with them. But make sure your partner is on board with this and knows what’s going on.

Work worked for me as an excuse but how you minimize visits with your in-laws is up to you if you go down this route.

In the end, I got their unexpected support and they switched from criticizing me to criticizing my employer for working me too hard.

Whatever gets the job done right?

Why Do In-Laws Cause Problems?

One of the reasons in-laws cause issues is for the simple fact that they just can’t let go.

It’s their little baby; it’s their child who has depended on them all their life. Just letting them go “cold turkey” is a very hard thing to do.

In many cases, it’s not that there’s even anything wrong with the person they are marrying. It’s easier to simply find fault with them rather than facing up to the fact that their baby is about to leave the security of the nest they provided.

They’ve known what’s best for their child from the moment they were born and now, their input is being ignored.

It will just take one minor thing to start a cold war. Here’s a shortlist:

Usually, the issues will start when the parents realize that their child is now implementing things in their life that their partner recommends over what they have taught her.

Anything could trigger an in-law/child-in-law incident.

You and your spouse are now independent identities and no longer under the supervision of your parents. You’re adults and you have individual likes and desires.

If your wife’s/husband’s parents are seemingly hostile towards you, just remember, don’t hold your spouse responsible for their actions.

Unless there are extreme circumstances where they actually are the instigators of trouble, then they would be classic toxic in-laws and it will need more aggressive measures.

But that’s another story for another day and a plot for a Lifetime Channel movie. It would also beg the question…”why the heck did you marry them?” So, do you have a doozy toxic in-law story?