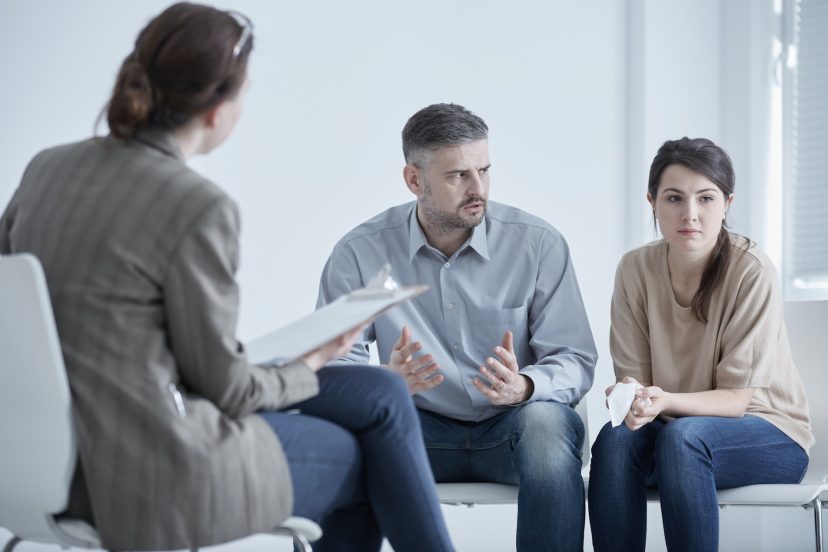 The reasons for marriage counseling are numerous. Too numerous to mention them all in one article.

But there are eight reasons to go to marriage counseling which stand out. The following list of issues in a marriage will be faced by all couples at some stage during their married life.

Truth is, that list could be tripled without too much effort but as I mentioned in the opening, this list will cause havoc in all marriages.

We’re not saying every marriage will suffer each of the eight problems but will be plagued by one or two which will cause a couple to seek couples counseling.

And there are sub issues which are a direct result of each of the reasons listed.

I haven’t listed them in order of importance but undoubtedly communication problems will be listed on top of any marriage issues list.

Once communication problems start, it begins a cycle of conflict that seems to repeat itself over and over.

Marriage therapists will tell you one of the most common complaints they receive is couples telling them that they continue to repeat the same arguments.

The reason for this is the original problem is not addressed.

Many people choose to simply withdraw from any communication which is only going to make the situation worse.

Withdrawing simply serves to unconsciously magnify the problem as silence causes a person to “stew over a situation” in a negative way.

Over thinking leads to negative thoughts about a spouse. It can make them feel unappreciated, neglected and insecure.

And it can even lead to bouts of depression.

Eventually, resentment will “rear its ugly head” and once this happens, unless two people can come together, it will almost certainly be the death knell of the marriage.

Resentment is hard to recover from. In many cases it’s impossible except for allowing time to heal the wounds caused.

Communicating negatively to each other should also be addressed quickly. Constantly sniping, accusing and putting down your partner will bring on resentment faster than you can imagine.

If you’re reading this and you’re currently going through this cycle, you need to act sooner rather than later. Seek marriage counseling but more importantly, seek it together in a mutual fashion.

Marriage therapist Erin Montgomery LAMFT, LSAR says couples need to look past their own selfish needs. They need to identify the problem and then deal with it together.

Montgomery says this is where a marriage counselor is worth their “weight in gold”.

Why? Because when two people are caught up in their own selfish needs and refusing to acknowledge that there is a problem and then refusing to call a truce to tackle it, it will never be resolved.

In other words, they “can’t see the forest for the trees” and a counselor can give them that crucial “thousand foot view”.

“I think that’s a really good analogy. I think that is very, very poignant”.

“There comes a time in the growth of a family where there can be several problems lurking below the surface”.

“For example, when a couple is just starting off in married life or having children”.

“Or expectations around who does what in and around the house.

“And how about the relationship with the in-laws which can really come into play”.

“Then what do you do when you’re fighting because your children want to prematurely move on and you have disagreements about that. Or what do you do after the kids are gone? How do you reconnect?”

“All of those things are very common and probably most families go through them at some stage”.

“But if you don’t realize that they are there, a couples counselor can help normalize that and you can resettle and redirect”.

How Many Reasons For Marriage Counseling Do You Have?

While reading this article, have you identified the issues in your marriage? Or if you’re not married, can you see problems in your relationship?

The reasons to go to couples therapy should be obvious but it’s a step couples find hard to take.

Usually it takes prompting or when it’s too late.

One more thing, if you decide marriage counseling is for you that’s great.

But unless your spouse agrees to go or is on the same page, it will be a waste of time. You need to tackle your issues together and more importantly, you want to resolve them.