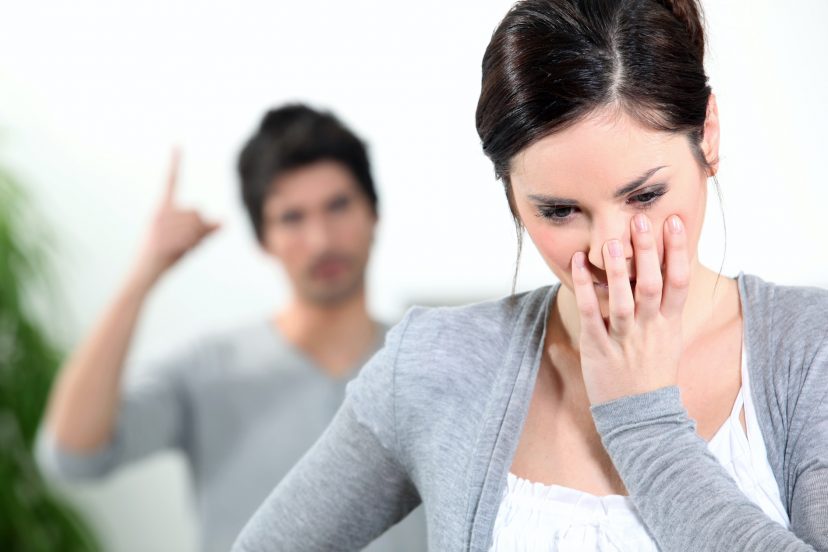 It’s hard making a list of the signs of a toxic marriage.

Toxicity in a marriage comes in different forms and each couple will have their own telltale signs.

The truth is, they are usually hard to pick and it isn’t until someone is well into a marriage that they start to appear.

Things look rosy at first but gradually, the cracks surface.

It’s usually when some pressure is put on a marriage that the toxic signs begin to emerge.

And usually, it will be one half of the marriage partnership that begins to disintegrate.

The Signs Of A Toxic Marriage Dottie Completely Missed

Rather than list all the signs of a toxic marriage I want to tell you a true story about Dottie and Mike.

It’s one of the saddest stories I’ve ever seen in how to sabotage a marriage and one I had the misfortune of seeing first hand.

So what happened? Well, like any romance it started off with plenty of love and vigor. Two people meet, fall in love and get married. Dottie, vivacious and full of life and Mike, smart, funny and a guy who always said and did the right things.

For the first two years, things were going well. Life was good for Dottie and Mike. Both had high paying jobs. They could afford the nice things in life and they basically supported each other in the way you’re supposed to when you sign a marriage contract.

For better or worse. Well, when it was better, it didn’t take much to keep things on a happy level.

But life has its ups and downs and the first down occurred when Dottie was suddenly laid off.

It was a setback but not one you’d expect to threaten a marriage. After all, Mike still had his job and money wasn’t really going to be an issue.

So, nothing to really worry about.

The second down happened when Dottie was diagnosed with an illness and while it was one that would eventually be cured, it was going to be a long process.

Remember that old adage that says when the going gets tough the tough get going? It applies in marriage too but not in this case.

Or should I say, not in Mike’s case. You see a person’s true colors emerge when the going gets tough. They either thrive or they simply wimp it.

Mike wimped it, and in a big way.

When he should have been fully supportive of his wife when she was ill, all he saw was a diminishing bank balance.

If she was sick, how were they going to pay the bills? It meant he would have to dip into his own “sludge fund” to keep things going.

Suddenly, it was a case of what’s his is his and what’s hers is theirs.

He went from Dr. Jeckyll to Mr. Hyde, even forcing her to take a job rather than allowing her to get the rest and recuperation she needed.

One day, it came to a head. She collapsed, spent time in hospital and without a supportive husband to go home to, her life went from “chocolates to boiled candy”.

You’d think Mike would change his tune, be apologetic and ashamed of himself and throw himself at Dottie’s feet for forgiveness.

Not so fast. He actually doubled down. He not only continued his irrational behavior but graduated to gossiping about her to his friends and family.

Monster? Maybe not but a bad husband? Definitely. But that’s not all. During Dottie’s recuperation she put on a lot of weight. Somewhere in the vicinity of 150 pounds. Ouch!

But she was still the same vivacious, loving and caring person she’d always been. One night she asked Mike if he would help her lose the weight and get fit and healthy again.

After all, he owed her big time, at least in an emotional sense after the way he appeared to abandon her when she needed his support the most.

“I wouldn’t help you, you… (fill in the gaps). Look at you. Who the heck would want you? You disgust me!”

At this stage it became quite evident that Mike had a hidden, narcissistic personality hidden within his make up during their early courtship. He even suppressed it during the first couple of years of their marriage.

But when things weren’t to his liking, when he really had to make an effort in his marriage, he failed. He wanted nothing to do with it and was only concerned about his own welfare.

The story gets better though. Much better and if you’re cheering for Dottie, here comes the greatest comeback in the history of marriage mental abuse you’ve ever seen.

Kicking A Toxic Spouse To The Curb!

You see, Dottie finally had enough. Following Mike’s piercing words she went to her room and made a commitment to herself to lose the weight, get healthy and kick Mike to the curb.

Mike laughed and continually repeated his earlier remarks. Demeaning her and letting her know in no uncertain manner that no guy in their right mind would want her. The signs of a toxic marriage had now evolved into something physical.

This only spurred Dottie on. She changed her diet, signed up at the gym and best of all, beat her illness. It took eighteen months but the transformation was complete.

Funny thing, Mike knew he was in trouble just weeks into her transformation.

His attitude began to change with every pound that melted off her body. He suddenly started paying attention to her needs. He actually went out of his way to treat her like the precious wife she had always been.

And with that you’re probably thinking…”Okay, I see where this is heading. They rediscover their early love, apologize and live happily ever after”.

No, not quite. This story has a little Alfred Hitchcock attached to it.

The thing is, Dottie is an attractive woman. With the weight gone, the health back in her cheeks and the fitness regime, other guys were taking notice.

And she loved it.

A far cry from being bedridden with a seemingly lunatic husband hovering over her telling her what a useless piece of s**t she was.

Three weeks before Christmas, Dottie marched into the living room where Mike was watching television and without the slightest hesitation in her voice, she demanded a divorce.

Mike, who had been reduced to a sniveling, needy, desperate and apologetic figure, and who was looking for redemption, was shocked but reluctantly agreed.

You see, Mike did everything he could to sabotage his marriage. He put materialistic values ahead of the welfare of his wife. He put his own narcissistic needs ahead of his wife.

And worst of all, he let his wife down during the biggest crisis of her life with her health was in serious question.

How do you come back from that?

In some cases, you don’t. And what’s worse, Mike was being told from the get-go that he needed to change his behavior, show more compassion and get his priorities right or he would eventually drive Dottie away.

But in his own words…”who would want that big…(you fill in the blanks again).

The irony to this story was – several months after they divorced Mike himself became ill. He almost died. If it hadn’t been for Dottie, he would have. She saved his life.

God works in mysterious ways right? So what’s the moral of this story.

Recognize the signs of a toxic marriage before they manifest? Or maybe how to sabotage a marriage? Or don’t give up on your dreams?

Maybe it’s simply a sad story of one man’s obsession with his own needs in a marriage that promised so much. When the going got tough he put himself first. It cost him dearly in the end. Actually it cost them both dearly in the end.

For better or worse. This is a true story and something you thought you only saw on the Lifetime channel.

Did any of the signs of a toxic marriage in this article seem familiar to you?