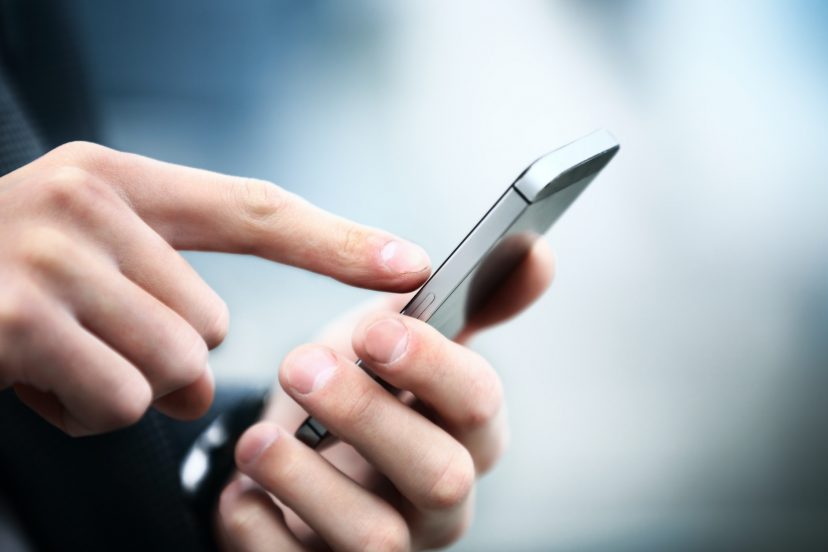 The apology text; chances are we’ve all written one or received one.

Can you remember back when you wrote or received it? How did you feel? Did it leave an impression on you?

Whether you’re apologizing after a break up or a fight, unless you word an apology text correctly, chances are the “sorry message” will fall flat.

It has fallen flat for me. Several times.

I remember the first time I wrote one I congratulated myself on my writing ability. I thought I was a wordsmith.

Unfortunately, there was something in the text that ruined my masterpiece. Actually it was one word and I’m telling you that if you include this word in any sorry text you send, the chances are almost guaranteed that it will fail.

An Apology Text That Went From Success To Failure

Before we look at the “apology killer” I want to tell you a true story about a friend of mine who ruined his chances of reconciliation with his apology.

It wasn’t a text. This was more than a couple of decades ago when texts were still in their infancy.

His was a verbal apology however, it doesn’t matter. This one word will destroy any apology whether given verbally, through a letter or via a text.

John had just broken up with his wife Jane. In fact, John was spurned after his marriage lost its luster.

Crazy thing is, John knew he was the problem and despite this, let things drift.

He used to be a very romantic guy. Flowers, compliments, surprise gifts – he did it all. After twelve years of marriage though it went sour. And the sad thing is he knew all along what to do but took his wife for granted.

John became a slob. He became critical of his wife and her appearance. She had put on a little weight but still looked really good.

John’s compliments stopped and date nights were a thing of the past. He started sleeping on the couch until the early hours of the morning in front of the television.

He just forgot how to be a loving husband.

It came to a head when Jane warned him that she was thinking about a separation. John dismissed it as just words. He got worse and Jane true to her word, left.

After a month, John started to miss his wife. In fact, he suddenly rediscovered why he loved her in the first place. So he decided to arrange a meeting with Jane and asked her out to dinner. She was living with her parents and accepted.

Unbeknown to John, Jane was ready to accept an apology as she missed him too.

After dinner, they sat and drank coffee and John was ready to deliver his apology. So he said this…

“Jane, I want to apologize for what I’ve become. It was bad behavior and not fair on you”.

So far so good. All he had to do was close the deal with “I accept full responsibility for our break up and am willing to do anything it takes to win you back”.

However, John wasn’t as ready as he thought. This is what he said:

“But, you have to admit it wasn’t all my fault…”

That was all he was allowed to say. Jane picked up her purse and stormed out telling him “don’t call me I’ll call you”. John was confused. What did he say?

What To Avoid Saying In An Apology Text

So what did John say that ticked Jane off and killed any chance of a reconciliation in that moment? I would rather you figure it out for the time being but we are close to announcing the “kill word”.

Meanwhile, there are at least seven deadly sins a spurned lover can make when trying to get their ex partner back. One of them is apologizing over and over which is needy behavior.

This of course assumes you were kicked out or dumped because you were the “bad” boy or girl in the relationship.

You see, if you get this part wrong then you can just about kiss your chances of a reconciliation goodbye. That’s how important it is. And do you know, most get it wrong.

What is it? Well, in reality, it can virtually bring your relationship back to square one.

Understanding The Purpose Of An Apology

Many people who are spurned and who had a reason for being cast out of a relationship simply don’t understand the true meaning and purpose of an apology. Simply saying sorry won’t be enough to “settle the hairs” on the back of your ex partner’s neck.

Many people apologize in a haphazard way. Like John, they start off well and are virtually back in the door however, guess what most say? The three letter “kill word”…

You see, your ex partner is still deciding whether to take you back. As far as they are concerned, you were in the wrong and there is no compromise. But many people let their ego get in the way and will say something like…”I’m sorry but…”. That’s not good.

The end result is that by saying “but” or even “however” brings up all those emotions churning inside your ex partner that they had built up when you were together.

When they hear the word but, it just confirms the apology is not sincere. And to make matters worse, many will say things like “I’m sorry but you have to admit, it wasn’t completely my fault…”

Can you see how this one, seemingly innocent word can be the circuit breaker in an apology text?

Unless you sound sincere, then you are wasting your time with an apology text, a verbal apology or by mail.

John and Jane eventually got back together but it was more than a year later. He paid a huge price for throwing the word “but” into his apology.

This is not just the case for relationship apologies. Using the word but can kill apologies in almost any situation.

Just beware of it and if you have a story to tell about your apology text, please share it in the comments section.