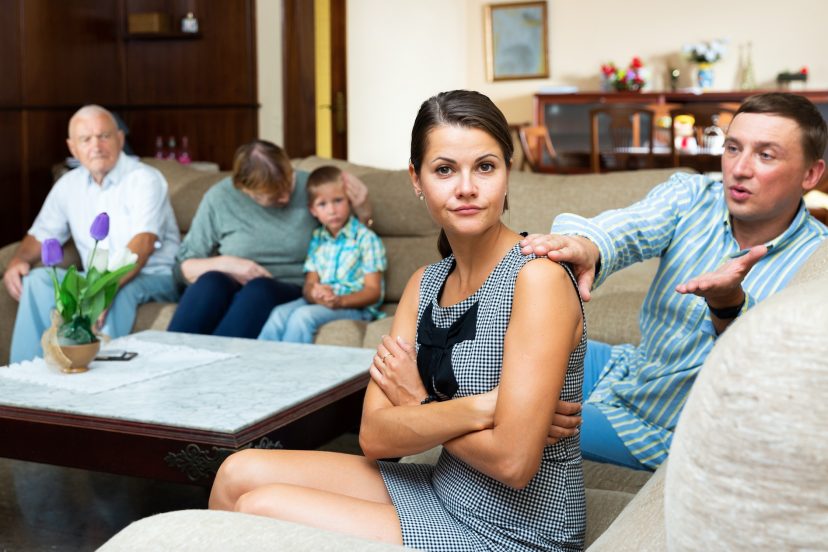 What are they? Well, here’s a list of second marriage problems you should be aware of before you tie the knot:

That’s just a shortlist. The last one is interesting. Resisting the escape clause simply means making a commitment to ride the highs and lows of the marriage.

One of the biggest issues with marriage the second time around is you’ve been through a divorce and become a little more lax in your commitment levels.

You’ve divorced once. It didn’t “kill you” so if things get problematical in this next marriage, you may be thinking you’ll just get out again.

That type of thinking is going to doom your second marriage to failure before it starts. If you’re already thinking like that, you haven’t committed to make the marriage work whatever it takes.

Second marriage problems are challenging. Two people thrown together with at least one having already been down the road of marriage before.

Let’s look at the two main issues with a second marriage, kids and ex-spouses.

It’s likely kids from a previous marriage will be involved on one side at least. That’s a challenge in itself.

If kids are involved from both sides then the chances of issues developing just increased significantly.

Will the kids get on? Will the respective spouses show more favor to their own children? Who can discipline who? How often will ex-spouses be involved?

The ex-spouse can be a huge issue. There’s obvious jealousy concerns from the respective spouses.

Then there’s the issue of sharing kid’s time between spouses.

Do you invite the ex around for Thanksgiving, Christmas and the kid’s birthdays?

The list of problems just grows and grows. In one case close to RomanceRepair.com, a woman’s new husband and the ex-spouse hit it off like best friends. Now they are regular golfing partners not to mention sharing Thanksgiving and Christmas dinners together.

Weird, but it happens.

What do you do in a situation like that. Pray? Seriously, it’s working out fine and the people involved have come to a mutual understanding.

If things start to go awry, then they will make some big decisions. Someone is going to be hurt.

Erin Montgomery LAMFT, LSAR says the new set of issues in a second marriage can be tough to overcome.

She says a major concern with many couples is a fear of combining households.

There’s a strong chance the two people getting married do things in different ways and with the added responsibility of blending the kids into their new environment, problems can occur quickly.

“Number one is going to be, what if you have children in a previous relationship?”

“How are you going to be able to combine the households that have already been established and created?”

“Just who is going to be responsible for disciplining the children?”

“Things like that are very difficult to navigate and can cause a lot of problems”.

“And then you’ve got the issue of the ex-spouses?”

“How do you respond if your husband or wife is talking to the ex often?”

“Is it because of the children? Is it not?  You’ve got to keep those open lines of communication”.

“You’ve got to talk about what’s going on and that goes back to not keeping secrets or not clearing up secrets from your previous marriage”.

“You just have to be open and honest with each other and willing to talk about what you’re doing and why”.

The key here is to be prepared before you walk down the aisle.

Communication needs to be present from the moment you decide to get married second time around.

No, it won’t solve all the possible issues that may occur. Marriage is not supposed to be easy.

But at least by talking about what to expect, a couple will go into their second union with “eyes wide open”.

Something that worked beautifully for my second marriage was getting a second set of eyes on our situation.

My wife and I arranged a series of sessions, three in total with an experienced counselor. He was an associate pastor at our local church and didn’t sugar coat what we would expect.

He was absolutely right and what could have ended up being a quick second marriage meltdown was averted very early.

It was the best thing we could have done. Fourteen years later, and we haven’t missed a beat.

If you go down this route though, make sure the counselor is experienced and knows what they are talking about. It makes a big difference.

And certainly ask them not to sugar coat things.

In the following Romance Repair minute, Erin Montgomery identifies the biggest second marriage problems you could expect to face.