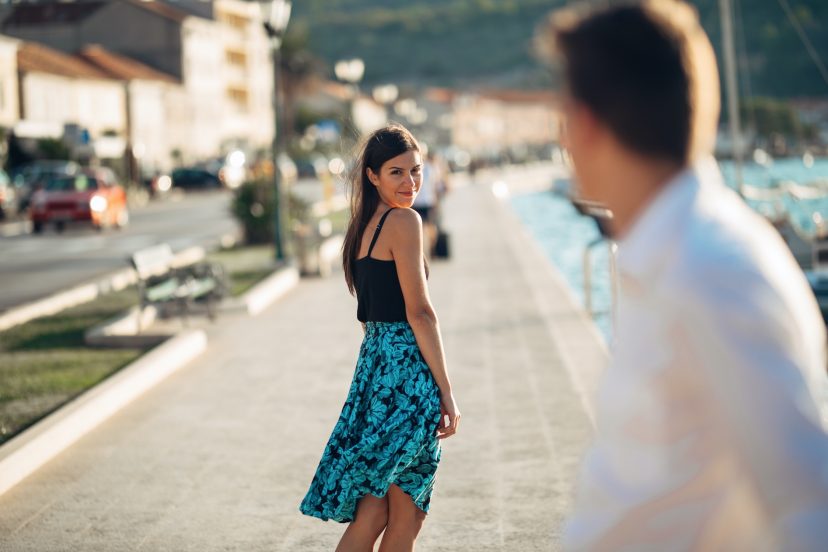 This often comes across our desk at Romance Repair – “my ex wants me back. Should I take them back?”.

That’s actually surprising to us.

Not that they may want to get back together but the fact that the question of whether to take them back seems to come up more often than not.

But it’s also a tough question to answer. Very tough!

Our response would usually be…did you break up mutually or were you dumped?

If it’s the latter, we’d say be extra careful.

My Ex Wants Me Back – Should I be Skeptical?

Usually it’s a question which contains both a little hope and trepidation.

Hope that a fire that once existed can be re-ignited. The hope that things can be good again as they were at the beginning of the relationship.

But on the other hand there’s trepidation. Trepidation that it had an unhappy ending and “do I really want to go there again?”.

When a couple breaks up, emotions run high. In the short to medium term at least, it’s usually the bad memories which dominate thoughts.

But after time, these bad memories may get pushed into the background while the good times join the thought process.

So, where are we going with this?

I’m Confused. My Ex Wants To Get Back Together!

The truth is, when two people develop a bond, especially over an extended period of time, then it’s one that’s extremely hard to break despite both parties having moved on.

In short term relationships where a couple has been together for just a few months, getting back together after some time-out, is usually fine because there’s still plenty to know and learn about each other.

More importantly, if both people break up mutually, then getting back together may not be such a bad thing.

If you and your ex decided to go your separate ways without any drama, even after a long term relationship, that could be fine.

Provided you’re both on the same page.

But couples who have been together for a year, two, five, ten or more and one person decided to end the relationship, then tread warily.

The problem here is that hurt can be almost impossible to overcome.

Yes, forgiveness is a factor. Be honest, if you’ve been on the wrong end of a break up, have you really forgotten and moved on.

Especially if you were still very much in love with your ex when the break up occurred?

How did you behave when the relationship ended? Were you needy and desperate? Were you pleading for them to give you another chance?

Or did you just accept your fate and walked away?

Are You Still Feeling Traumatized?

Trauma during a break up shouldn’t be underestimated. You may think you are okay but are you really?

Chances are that you want them back.

In your own mind you’ve played it out a million times. It’s your ex showing up at your door; and you take them into your arms and forgive them.

And you live happily ever after.

But these are thoughts played out in your own mind. They are always going to be perfect.

To be honest, most of us who have been spurned have had thoughts like this.

Even if the break up occurred because they met someone else.

It’s all due to that part of the human psyche that doesn’t accept that it’s final.

You didn’t want it to end and you weren’t ready for it to end.

You both moved in the same friends circle and now, you’re on the outer and desperate to get back in.

Does that sound familiar?

So what should you do if your ex is showing interest in you again?

My Ex Wants Me Back. What Should I Do?

Stop and think for a minute.

Why the renewed interest?

Is there an ulterior motive?

Can you remember the pain they caused when they read you the riot act?

Are they trying to get back at you for something? Or is it simply because they are lonely with no other prospects on the horizon?

In other words, you’re a good bridge for the short term? It’s natural for you to want to go and shout out “my ex wants me back” on the highest hill.

But here’s some sound advice –  don’t “jump the gun” and appear to be desperate and needy.

If they are showing interest then play hard to get. But don’t go overboard.

You don’t want them jumping through impossible hoops and scaring them off.

It’s a way to satisfy your curiosity and find out what they are really up to.

Do some intel and ask around. Find out what happened with their last relationship. But be discreet. You don’t want to come across as a stalker.

Reasons They Want You Back?

One reason for the renewed interest could be that you have simply been hard to get. You’ve kept your distance.

Have you stayed in touch with them? Do you still play in the same friends circle?

Think back and concentrate on any discussions you’ve had since the break up.

Were they brief? If so and you kept them brief that’s good.

This is like playing hard to get. It’s an attractive trait for many people when suddenly, something they want they can’t have.

Another reason is you have surrounded yourself with new friends. You may have been spotted out and about with someone new, or with several people.

Word has got back to them and that has aroused their curiosity. The last time they saw you it was when they left you emotionally traumatized.

They could be thinking – Are they really doing okay on their own? Could they dare have been strong enough to have moved on?

Or simply, it could be a sign to them that you have forgiven them and hold no grudges. All attractive qualities.

Qualities that have the power to impact in the game of attraction. But, there is also the strong chance that this is just the fall-out from the break up.

After the dust has settled, it’s quite natural for people to miss each other and this could be simply part of that phase.

In many cases, “absence does make the heart grow fonder”.

Your partner may genuinely want to get back together but they don’t want to make the first move.

If that’s the case, stand your ground.

Can you see how foolhardy it would be to just jump back in?

To simply accept the first invitation of a get together when there are plenty of questions to be answered is needy behavior.

Show some self respect.

In the end, we can’t tell you yes or no whether to get back together.

What we can do is just point out a few things and ask you to use your judgement and use it carefully.

So, here’s our well-worn advice…take it slowly. Learn from the mistakes you made first time around. Make sure you don’t jump back into a relationship without a little intel.

The landscape is littered with people who have jumped back into relationships at the first opportunity and regretted it.

Don’t be one of them.