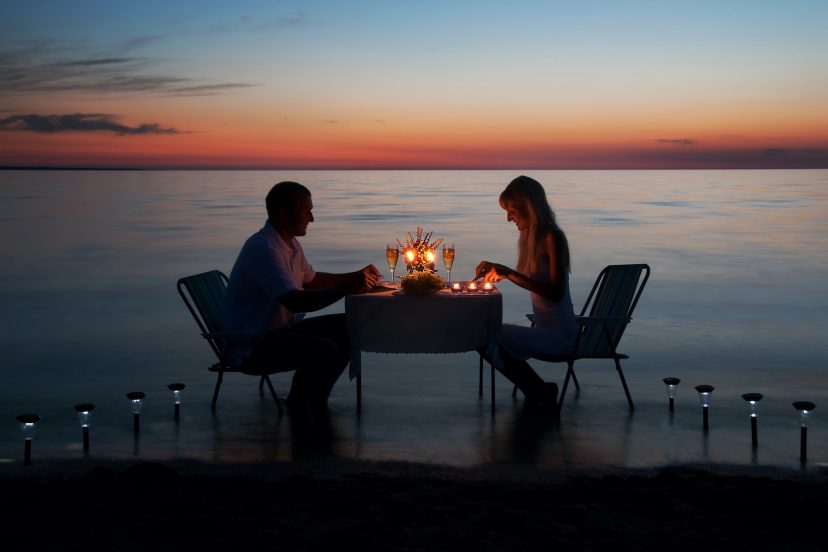 This is an important lesson in how to show her you care.

The following tips could have her putting you on a relationship pedestal.

But first, a quick story about a guy who desperately wanted to let his wife know he really cared about her, but didn’t know how.

Glenn could feel something was bothering Tammi but almost felt too afraid to ask. She just seemed unhappy and he didn’t know why.

He hadn’t seen her like this before and even had visions that he might be on the verge of getting that dreaded “Dear John” letter.

You know the drill. You overthink things and always think the worst.

Glenn Was Ready To Show Her He Cared

So he sought some advice from his best friend Pat about what might be up and after a couple of minutes, Pat turned to Glenn and looked him directly in the eye and said with confidence:

Glenn replied…”What! She knows I care. I never miss her birthday or anniversary. She has everything she needs. What more could she want?”

Pat came back quickly and said…”No, you need to let her know you really care! All those things are materialistic.

She appreciates them but what she needs more than anything is to know you care and appreciate her”.

“I think you need a quick lesson in how to show her you care and I’m just the guy to teach you”.

Glenn wasn’t the “sharpest tool in the shed” when it came to all things romance but he started to understand what Pat was saying.

“So you’re saying I actually need to tell her I love her more”.

“In a matter of speaking yes”, Pat replied.

“But that’s just scratching the surface. Surprise her with the little stuff that she knows you went out of your way and made an effort to do. Understand what I’m saying?”

Well, to cut a long story short, Glenn eventually got the message and then set about to follow Pat’s advice.

But there was something he needed to do first.

How To Show Her You Care

Remember how Glenn was too afraid to ask Tammi what was bothering her. Well, he finally got the courage to ask.

Before you can resolve any issues in your marriage you need to sit down together and talk. Find out what the problem is and listen closely to each other.

More importantly, avoid getting animated at the responses.

All you’re trying to do here is to find out what’s wrong with your spouse, acknowledge their concerns and then let them know what you’re going to do about it.

And yes, it was pretty much a case of Glenn getting set in his routines and assuming that things were just fine.

He definitely loved Tammi but simply wasn’t communicating it.

Show Her You Care With This One Simple Tip

Now I’m talking to both men and women here and while this article seems to be directed at you guys, flip it around and the same thing could be happening in reverse with Tammi, worried about what is going on with Glenn.

So, what could you do if you’re in Glenn’s shoes?

I believe setting your relationship up for success starts first thing in the morning. This will lay the foundation to a relationship that will be the envy of your friends and family.

You have a chance to become her super hero.

And best of all, you can implement this right away to let her know you care.

As an early riser, before you leave the bedroom give her a kiss on the forehead. Simple and in most cases effective.

I say in most cases because some people are a little sensitive to touch when they’re asleep and if your spouse is one of these people, then leave her a flower on her side table or a note telling her you love her.

If you’re not the first to get out of bed in the morning, then before you go to bed at night, leave her a note on the vanity in the bathroom or even a small flower with a message.

Again, flip the role play around and girls, you know what your husband likes so go ahead, make his day.

This sounds like it’s too simple to work but believe me, just doing this every day for your spouse could be all that’s required.

It’s amazing what an impact this will have on your relationship.

Showing Her You Care “On Steroids!”

You know what time your partner gets up in the morning. Five minutes before their alarm goes off make her favorite morning beverage and leave it on her side table.

How many people can resist waking up to a cup of coffee staring at them as soon as they open their eyes in the morning?

Not many right? If not coffee, something else. You know her best and what her favorite morning beverage is.

This is about doing something above and beyond. Instead of focussing on you, focus on her. It’s so easy to get caught up in our own needs in the morning.

The spin-off is that if she was going to wake up in a bad mood, you’ve just dialed back any chance of her waking up grumpy.

You’ve set into motion a “pay it forward” action which will likely result in her passing it on during the day.

Show How Much You Care In A Simple Hug

This is simplicity in relationship success 101. It’s the small things that make a difference.

In sporting terms, you often hear a football coach praise a player because of the one percenters he performs.

In other words, going above and beyond for the team.

I know it’s a little cliched but the reality is that when you do that little extra for your spouse, the only thing it can say is “I care” and you appreciate them.

Unless of course you’re a schemer with a hidden agenda.

If that’s the case then you’re on the wrong site.

A Long Hug Will Really Show Her You Care

Experts believe a hug that lasts more than 20 seconds can have amazing effects on a person’s endorphin levels.

It has the ability to make you feel good.

How about a long hug every night when you both get home from work.

Set the scene for the evening. This will really drive home how much you care.

And don’t give me that crap about not being a hugger. This is your spouse. Just do it!

This is only scratching the surface of tips to show your spouse how much you care about them.

8 More Ways To Show Her You Really Care

Anything else? Here are a few more…

While the tips in this post are relationship winners and will work for most couples, you know your spouse best and what they like.

Are you ready to take your relationship to another level?

And please, let me know what works for you. What do you do that your spouse appreciates and says “I care?”