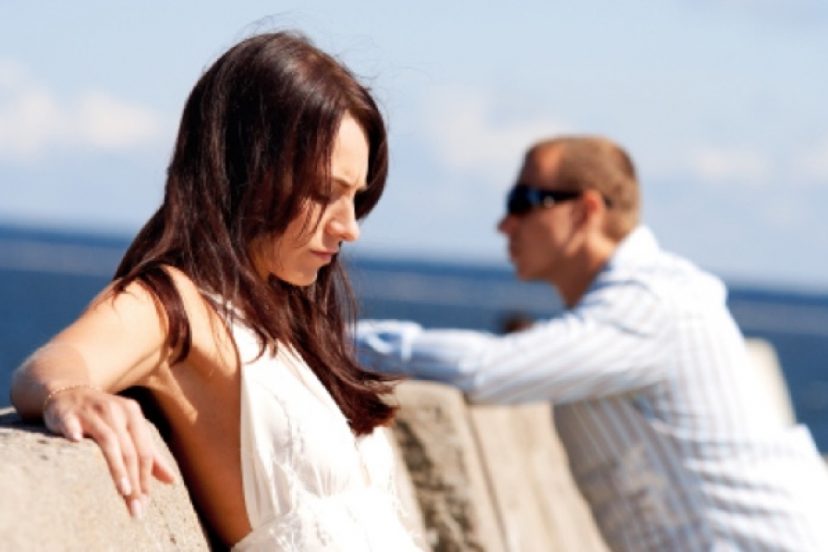 Learning how to recover from a breakup starts with knowing the stages you are about to experience.

Think of it as an assembly line. Depending on the level of hurt, you’ll experience different stages. We are tipping if you’re reading this, the hurt is pretty severe.

Breakups aren’t fun, no matter whether you are on the wrong side of them or the one initiating them.

In this article, I want to show you the emotional stages you’ll go through after a breakup and how to handle it with the least pain.

Each stage will be unique with different levels of emotion.

But first, a breakup scenario.

How Not To Recover From A Breakup

Alan had no idea his life was about to be turned upside down. A text he received from his girlfriend Alexis seemed odd in it’s context. It almost seemed as if he was being summoned into his boss’s office and it made him feel instantly uncomfortable.

He drove to her place and all the way there, he couldn’t ignore that deep gnawing feeling in the pit of his stomach that this was not going to be a pleasant experience.

Mixed in with these feelings though was the hope it wasn’t too serious and whatever he did, she would forgive him quickly.

Alan in his naive way, hadn’t even considered he was about to get dumped.

So when Alexis told him she wanted to breakup, Alan took it badly as he was very much deeply in love with her.

That feeling in the pit of his stomach multiplied significantly with hurt and shock and he was devastated.

How To Recover From A Breakup – Shock

I’m not going to go into the reasons why Alexis decided she wanted out of the relationship instead, focus on what Alan did to handle it.

Initially, he felt shock. He didn’t see this coming and it took him totally by surprise.

At the moment of impact, his mind went into overdrive trying to process what he had just been told but as you know, processing anything in a positive light at this moment in time is nigh on impossible.

You think thoughts like “this is a joke”, “it’s not happening”, “she’ll come to her senses shortly” or “I’m just having a bad dream”. Everything but the reality of what just happened.

The shock stage will continue over the next few days or weeks with thoughts such as “the phone will ring and she’ll say she wants to talk” or “there’ll be a knock at the door and she’ll be standing there in tears with her arms outstretched to hug me”.

It’s a stage where the mind tries to plant positive thoughts amongst all the negativity as a way of minimizing the damage. Alan took the initial news so hard that the shock stage went on for almost two weeks.

In other words, he presented himself at her home, her work or wherever she was and pleaded for her to give him another chance.

He pleaded for Alexis to take him back.

If you are in this position and you harbor any thoughts of getting your ex back, then avoid this behavior at all costs.

It’s needy, desperate and ugly and whatever chance Alan had of getting her back, he blew it.

Anger then rears its “ugly head” once the pleading has stopped. Your thoughts turn to hate. You want to pay them back. Maybe you’ll tell people what she’s really like.

Whether you’re a man or woman, the feelings are pretty much the same when you go through the anger stage. It’s one of the longest stages of healing after a break up.

And yes, it is part of the healing process so don’t feel as if you are doing something wrong. What anger does is move you forward beyond the connection you once had with your ex.

Breaking this connection is extremely important if you are to heal properly. Sometimes to bust free, you’re going to have to think of your ex in a not so positive light.

Of course, anger can be somewhat of a dangerous stage too, because it’s an emotion you need to control. If knowing how to recover from a breakup is important, handling anger is paramount for your overall well-being.

That’s why it’s important you have someone or several people around you during this time who can keep you on the “straight and narrow”.

Once you leave anger behind, sadness takes over and for many, in a big way. It had been four months since Alan was dumped and his anger was starting to subside.

In fact, he was starting to see some light “at the end of the tunnel”.

The sadness phase, while it sounds tough, is actually positive during the healing process as you begin to regain some true perspective of what you’ve been going through.

You now have a broader view of what happened. You’re more receptive to listening to the advice of others while you start to think more positively about your future and your chances of finding love again.

More importantly, it’s a stage where you can springboard into the final stage of healing.

And that is the stage of acceptance.

Alan was now almost out the other side. He actually was going through moments during his day where he didn’t even think of Alexis anymore.

He started going out again and the smile began to return to his face.

Alan had finally accepted the relationship with Alexis was “done and dusted” and he was even thinking about dating again.

After his ordeal, he seemed a little wiser although he still felt a little wounded. This would only strengthen his resolve as he realized there were things that he needed to get better at in a relationship.

Sure, Alan would feel more guarded about his feelings as he re-enters the dating circle and would probably not give his heart away too easily.

With time and a new person in his life, the trauma of his breakup would eventually dissolve to a mere blip in his past.

How To Recover From A Breakup – The Summary

So, the five stages of healing after a breakup:

How long do you think you’d take to transcend these stages?

While Alan didn’t have a guide on how to recover from a breakup, he got through it and realized his best relationship moments were ahead of him.

It took Alan almost a year. It took me during my worst breakup experience many years ago at least nine months.

A lot depends on how close two people are in a relationship. Some will get over their breakup much faster and in many cases, leap frog a stage or two.

But if you are going through emotional pain as deeply as Alan was experiencing, don’t rush the healing.

Let it play out and avoid the temptation to jump back into another relationship thinking it will mask your pain.

Let me know how long you took to recover from your break up and what was the breakthrough moment?

What was the one thing that helped you get through it?