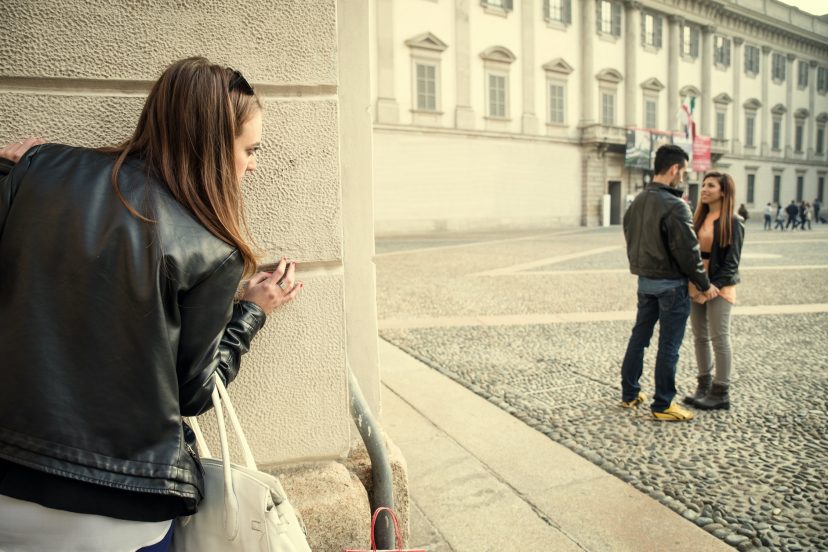 Whoa! Hold on their tiger! You thought this article was about how to make your partner want you back?

You’ve just been dumped and you’re in pain.

You are not thinking clearly.

Whatever actions you take now will more than likely ruin any chance of getting your ex back.

Jeff had just been told by his girlfriend Jess that she wanted to take a break and think about whether she wanted to continue with their relationship.

Jeff was blindsided by Jess’s decision and really had no clue it was coming. So he pleaded with her to think about what she was doing.

He pleaded with her not to do this. He threw himself at her and begged her not to leave him. In the days following, he stepped up his campaign to win his ex back by inundating her with text messages.

Jeff sent flowers to Jess’s home, her work…he sent her gifts, he wrote her poems and he just simply reacted to the break up in the only way he knew how.

He thought he was doing the right thing and that by lavishing all his attention on her he would overwhelm her with his devotion and sincerity.

By making himself look desperate and needy and by seemingly giving Jess all the power, he thought she would reciprocate and come running back into his arms.

Seemed like a genius move in how to make your partner want you back.

This Mistake Won’t Get Them Back

Well, unbeknown to Jeff is the fact that what he was really doing was throwing jet fuel on an already out of control fire and he was simply flaming it to astronomical levels.

In layman’s terms, he was just pushing her further and further away.

“But wait a minute”, you’re probably thinking, “he’s just showing her that he loves her and wants her to know she’s the focus of his attention”.

Why wouldn’t she want that? It seems the perfect move making your ex want you back.

Truth is, Jess’s decision was made after careful consideration. Something wasn’t working for her. She reacted by calling time on their relationship.

Jeff and Jess may have started out in a typical loving way and couldn’t get enough of each other but over time, things get comfortable in a relationship and the things Jeff used to do, suddenly disappeared from the relationship.

Heck, even Jess stopped doing some of the things Jeff loved about her from the beginning.

In a nutshell, the relationship became stale and Jess just wanted a break from Jeff to think things over.

Maybe she was getting attention from someone at work who was saying some of the things Jeff used to say. Whatever the reason you need to get this.

She made the decision to break from the relationship. However hard that was for Jeff to hear he just had to respect her decision and give her the space she requested.

Any schemes or advice he was getting on how to make your partner want you back would just fail…miserably. And after each failure, she would drift further away from any chance of returning.

How Do You Make Your Partner Want You Back?

So is it all over for Jeff?

Whatever Jeff did or didn’t do during the relationship to drive Jess to make her decision to break up is nothing to the way he reacted at that moment of being told to cool it.

You see, the last thing Jess wanted to hear was Jeff’s plea to give him another chance. She had made her decision and no matter what Jeff said, wasn’t going to change her mind in that moment.

She needed space and time away from Jeff. This would have given her some appreciation of what Jeff actually meant to her and brought to their relationship.

Jess actually needed time to reflect on what it was that attracted her to Jeff in the first place. He used to make her laugh; she loved some of the quirky things he did and he was always a lot of fun.

With Jeff carrying on the way he did at the moment of break up and in the days following, it’s a strong chance that this would be the last thing she remembered about him, killing off any attraction she may have still had for him.

The key here is to put distance between you and your partner when you’re heart is breaking.

When pain is involved on any part of your body that’s all you can focus on. You want it to stop and sometimes you’ll do desperate things to make it go away.

Jeff thought by getting her back, the pain would stop but the truth is, pain dissipates over time.

It’s the same with a relationship break up. Time is needed for healing to take place. You do desperate things when pain is involved and in a break up, it’s very ugly behavior.

Would you be attracted to someone who is acting desperate and needy? It’s safe to say no one really would be.

Options For Getting Your Partner Back

Another important reason to put distance between the break up point and any decision of reconciliation is to consider your options.

While you can only think about getting her back at the eruption moment, chances are that maybe she is not really for you.

It gives you time to think about the relationship.

Was it really going well?

Did you really love her or were you just making family and your circle of friends happy? Were you getting as much satisfaction from the relationship as you were putting into it? Were you really happy or just going through the motions?

If after some time you still want to pursue a reconciliation then your frame of mind will be much better.

You’re thinking clearly. Time away from her could actually have the effect of making her miss you provided you haven’t hounded her to death.

It’s a funny human trait. Too much attention lavished on us tends to drive us away but not enough or none at all just makes us determined to have what looks to be out of reach.

It’s a challenge we have to conquer.

By missing in action, you’re likely to have more effect on her than by taking the desperate and needy route.

And it’s the key ingredient in how to make your partner want you back.

Chances To Get Your Partner Back Will Improve

Staying away is a challenge to her ego.

She had the power when she told you she wanted a break but by adhering to her wishes, you will more than likely have got back on equal footing and there’s every chance she could seek you out.

But what if she has met someone else and actually had already started a relationship before the break up?

Well, that then falls under the category of cheating and we cover that in detail on this site.

The advice in this post is for those of you hurting after a break up when it’s more a case of the relationship needing a serious tune up.

And as for Jeff and Jess…did it have a happy ending?

You tell me. I just pray that Jeff didn’t completely blow his chances in the days following the break up.

He acted pretty needy and desperate and could have easily burnt any feelings she had left for him in those moments.

That was not a lesson in making your ex want you back.