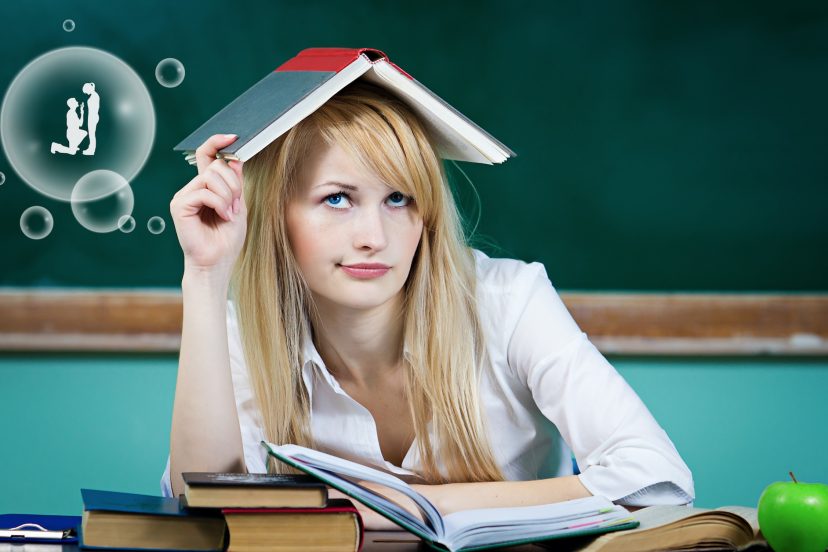 How to make him marry you? Hmmm…think you better hold on there before you regret doing something you shouldn’t.

Forcing someone into something they either are not ready for or don’t want to do is going to have some pretty dire consequences sometime down the track.

When it comes to marriage, I understand every girl dreams of her wedding day.

They walk down the aisle as the center of attention. People fawn over them. Well wishes lavish their attention on them.

If this is you and this is the reason you want to get married, then you need to step back and really think this through.

In most cases, someone who gets to the altar for these reasons alone may enjoy the journey and the wedding day for a brief moment but what happens when reality sets in and it’s just you and him?

What happens when the noise and the crowd are gone and it’s just the two of you?

Suddenly the excitement is gone and you realize that marriage is more than the journey to the altar. It’s more than the lavish praise you got on that magical day.

And it’s way more than just the brief honeymoon you took and forgot about the real world for a short time.

I don’t want to discourage you from getting married. It’s just when I see this question – “how to make him marry me” come across our desk I cringe.

Marriage should be a mutual decision between two people.

Yes, even when there is a child born out of wedlock involved.

How To Make Him Marry You – Advice From An Expert

If one person is feeling pressured into marriage and let’s say they succumb to the pressure and noise, there’s a strong chance that “old chestnut” resentment will “rear its ugly head” at some stage.

When that happens, it’s the beginning of the end. It won’t be long before you’ll be thinking about your second marriage.

Marriage therapist Erin Montgomery LAMFT, LSAR says there are so many questions that need to be answered.

Here are seven questions Montgomery says you should ask before coaxing someone into marrying you.

When you first look at this question “how to make him marry me”, the first thing that comes to mind for most people would be coercion.

That doesn’t make sense. Whether you force him to marry you or scheme up something that makes him marry you, the chances of a happy, lifelong union are slim.

Why You Need To Think This Through Before Marrying Him

Sometimes the thrill of short term gain and pleasure outweighs any logical thinking.

As we mentioned above, the biggest day in every girl’s life is usually her wedding day.

She wants it to be perfect.

And I get that. As a man, I still say the greatest day of my life was my wedding day.

But it was a mutual decision by my wife and I with equal desire to be with each other for the rest of our lives.

That’s what made it so special.

It’s pretty selfish of someone to think that they can go through the preparation for a wedding just so they get to experience what they’ve always wanted.

That’s what a drug user does; craves a fix and when they get it and the special feeling is gone then what? Montgomery says this short term thinking can be dangerous.

“What about working through all the issues as a couple before you get married to make sure it’s secure and it’s really what you want to do?”

“What if you get married too fast and you find out that he’s got a lot of things that he didn’t tell you about that you now don’t like?”

“There’s so many different possible scenarios that can happen if you don’t take the time to get to know somebody as thoroughly as you could before marriage”.

How To Make Him Marry You – Final Thoughts

This article was never going to be a seven point piece listing the best ways to make him marry you.

It was always going to be about thinking your plans through before carrying them out.

But the good news is, there are things you can do that will encourage him to want to marry you.

That’s a full article for another day. But here’s a shortlist of ways that will make him think about marrying you.

That’s just a shortlist but these suggestions are a great start.

Obviously his personality will dictate what you do.

The secret to him wanting to marry you actually lies in the third and fourth tips. Men love the thrill of the chase. They also appreciate a woman who takes care of herself.

Finally, here’s something you should consider before doing something rash.

He’s obviously attracted to you. You’ve come this far together. Why not let marriage happen naturally? What’s the rush?