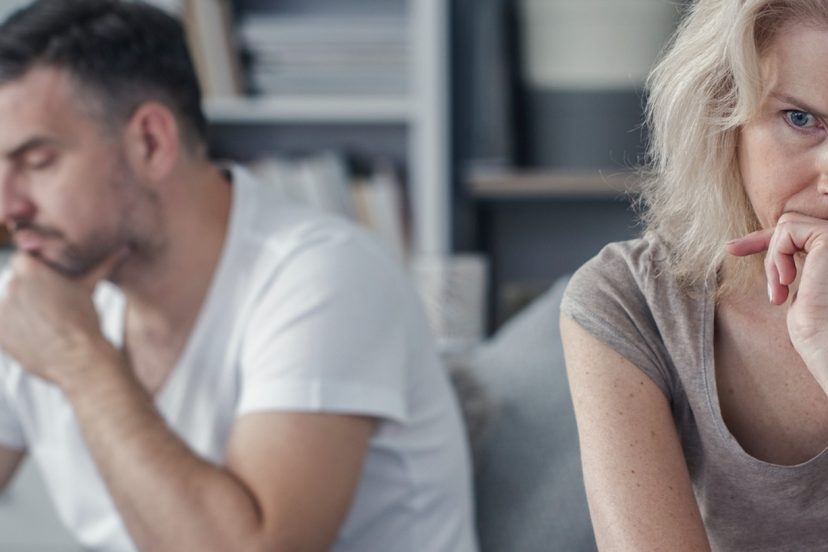 What will it take for you to understand your ex just isn’t worth taking back after they’ve cheated?

They’ve strayed once so what are the chances they’ll stray again?

You know deep down inside that you can’t trust them anymore, right?

Wow, that’s somewhat of a “right between the eyes” style opening. Nothing like getting straight to the point.

Actually I’m probably echoing some of the thoughts of those who have been cheated on by their ex. It’s that decision they know they have to make that will affect the rest of their lives.

While the initial trauma of finding out is bad enough, I think the toughest part of being cheated on is when you have to decide whether to take them back or not.

It’s different for a lot of people. Some have kids involved – there’s finances to work out, property to split, friends and family who’ll be affected and even the dog and the cat. Who takes who?

How To Forgive A Cheater – Why?

In just a moment, I’m going to make that decision process a little easier. Stay tuned.

For now, this post is for both men and women who have been on the wrong side of a cheating episode.

Some of you are not going to like it and I imagine I’ll get some examples in the comments below from people who will want to prove me wrong.

Great! Look forward to it.

So what’s the verdict – forgive them and take them back or move on?

This is always a tough topic to discuss. Not because of its nature but because the question of whether it’s worth taking your ex back after they’ve cheated can’t really be answered with a simple yes or no.

I’m in the “no” camp but with a couple of caveats.

Forgive Or Not To Forgive?

Firstly, were they caught messing around in a moment of drunken stupor at the office Christmas party and now are totally ashamed and apologetic. Maybe we can work with this.

Or, have they been caught out in an ongoing affair and instead of wanting to be with their plaything, they want to stay with you and give your relationship another chance.

Whoa, not so fast buddy!

Do what you want with the first but I would be inclined to go down the second chance route after a cooling off period.

Not so the second instance.

You have to understand I’m coming at it from first hand experience so I’m writing this with a “little sting in the tail”.

But make no mistake I am qualified to make an assessment. However, in the sense of all fairness let’s just assume you want them back but right now, hurt and pride are at an all time high.

Making a decision now will be premature. You need to clear your mind of the initial trash caused by the trauma. Once you have some perspective back and the anger subsides, then it’s time to start the assessment.

Resist Forgiving A Cheater Too Quickly

Before you make any decision I’m hopefully going to make it a little clearer. There’s a strong possibility your tone will switch from how to forgive a cheater to one of “let’s take five and figure out my next move”.

Don’t ever be pressured by family and to a lesser extent friends, who in most cases are looking after their own interests.

I’m going to give you an exercise that if you do it, I’m pretty sure you’ll have a clearer understanding of what your decision will be.

Before You Forgive A Cheater Try This…

First task is to distance yourself from your ex. This is really important.

Let your emotions play out a bit and regain some composure. Come on, your world has just been shattered as the person you loved and in most cases, trusted the most in this life, has just betrayed you.

It’s not something you can recover from overnight unless you’re a Vulcan and don’t have any emotions. And I’m betting you’re not.

Once you have some composure and you’re thinking more clearly, it’s time to decide what you are going to do.

But before you make any decision, perform this exercise…

Don’t hold back and be brutally honest with yourself. This is the moment of truth. The more genuine your answers the better you will be able to determine if your relationship really has any future.

List every annoying habit they have along with the good stuff if there is any.

And I stress again…only do this after you’ve had at least two weeks, preferably four, away from your ex without any contact.

Obviously this will be hard if there are kids involved but you can get around this by having an intermediary communicate on your behalf. Your parents, a sibling, a best friend…someone you trust implicitly.

Still Keen To Know How To Forgive A Cheater Or…

What I’ve found doing this exercise is that when you list positives and negatives and see it in black and white, there’s an uncanny feeling of calmness that comes over you and it’s almost as if you’re seeing things clearly for the first time.

You’ll see stuff you’ve written down you’ve ignored because you have simply chosen too – just out of your love for the other person.

They say love is blind. No, it’s blinding.

You’ll see negatives that will jump out of the page at you and then be questioning yourself with…”what did I actually see in this person?”

In other words, you’ll learn more about your ex in this sitting than you ever could have by being with them. It will give you a real sense of just how balanced your relationship really was. But only if your answers are truly genuine.

Don’t worry, no one is going to see this other than you so don’t hold back.

If you’ve been jilted once, twice, three times or more, you need to do this exercise for both clarity and your sanity.

And I’m not going to lie, many people have decided it’s not worth going back to their ex after they’ve completed this.

Others have found the positives outweighed the negatives and it was worth another try, especially given there were children involved.

Will it work out for you next time around if you go back? I can’t answer that. In my case it didn’t but we are all wired differently. If I had this exercise to do all those years ago there’s little doubt I would have opted out.

Finally, I never have been comfortable when someone has asked me how to forgive a cheater. It smacks of a little – or a lot – of insecurity.

This exercise is not easy to do. It could be downright impossible for many people to complete. In fact, to even get started.

I’m certain that some of you, despite the negatives far outweighing the positives, will choose to go back anyway. Again, that’s your decision.

If you decide to go back, I will be talking about post-cheating shortly, why people choose to go back to a cheater and the pitfalls to watch out for.

But for now, I’d be keen to hear from you and how your situation has played out. Did you stay or leave?

Top 5 Ways To Manifesting Love In Your Life

Manifesting love in your life starts with a single thought. Huh? What? Listen, if you sit…