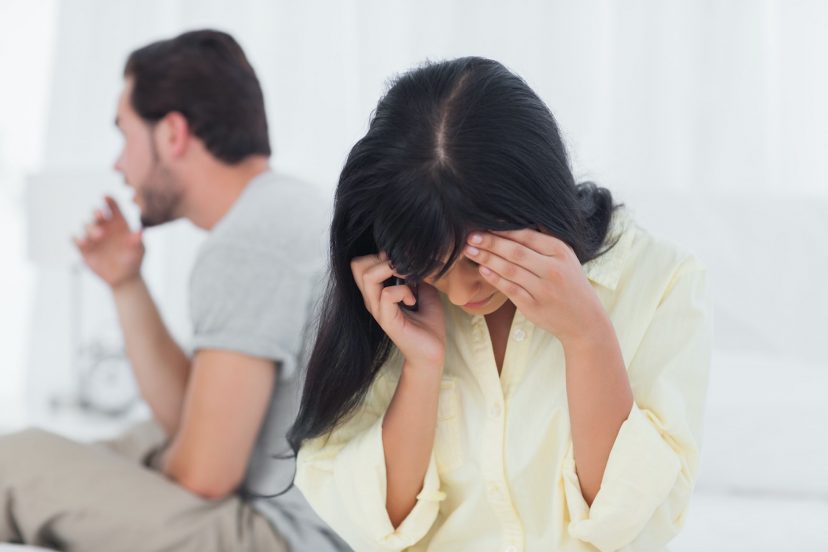 How to fix a relationship you ruined? I’m going to be frank right up front…it’s not going to be easy.

Relationships are fragile and they can be torn apart by the smallest of things. When a relationship is going through a rough patch, it’s important to work on it and try to fix what you did wrong.

The first step towards fixing a relationship is admitting that you were wrong. This might not seem like much, but it’s the hardest step because we often refuse to admit our mistakes.

The next step would be apologizing for your mistake and asking your partner for forgiveness. If they give you their forgiveness, then the hard work begins in repairing the damage you caused.

I see many relationships fail quickly after the forgiveness stage because the person being forgiven takes it too lightly.

In other words, their sincerity comes into question.

Instead of acting like they have to earn their way back into someone else’s heart,  they quickly slip into their old ways, grateful they’ve been given another chance but “too stupid” to respect the chance they’ve been given.

I know that sounds a little strong but it happens over and over a again.

So get back to the two steps I mentioned above. Admitting you were wrong and apologizing for your mistake or mistakes.

But these two steps both require a very important ingredient for you to have any chance of winning back favor.

That ingredient is called sincerity.

Without being sincere in admitting you were in the wrong and without sincerity in your apology, chance are you’ll stay on the outer.

How To Fix A Relationship You Ruined – What Now

Be unconditional in your admission and apology. Remember, this is about how to fix a relationship you ruined.

The “ball is in your court” to fix this. Without sincerity, my advice is to basically forget about doing anything right now. You need to be honest with yourself as well as your partner.

If you aren’t willing to do either one of those, chances are you won’t ever win back favor. The landscape is littered with many “dead” relationships simply because the person at fault wasn’t smart enough to understand that they needed to take this seriously.

As I mentioned above, plenty of people who ruin a relationship will earn forgiveness but most of them take it for granted and think it’s an easy way back in.

The truth is, it’s just the beginning. It’s after the initial forgiveness that the hard work really starts. This may mean leaving them alone for awhile and giving them some space and time to miss you again. But know this, the relationship you knew before will probably never be the same again.

That will depend on how badly you messed up. Now, if you’re ready to take action, here are some tips to help you work on your relationship.

1) Be Honest With Yourself

The first thing is to be honest with yourself. What went wrong? Was it something you said? Did you do something wrong? Did you cheat? And did you treat her badly? Were you too busy?

Whatever it was, don’t beat yourself up. Just admit it.This will make it easier to apologize when you finally decide to say sorry.

This will make it easier to apologize when you finally decide to say sorry.

2) Apologize And Ask For Forgiveness

Once you’ve admitted your fault, the second step is to ask for forgiveness. The best way to go about this is to start with an open-ended statement such as, “I’m so sorry.”

Then follow up with a specific reason why you are sorry.

For example, “I am sorry about last night. I didn’t mean to hurt you. I just got really drunk.” Or “I’d like to apologize for getting angry at you earlier today. It wasn’t fair.”

3) Make Sure Your Partner Understands How Sorry You Are

This is so important it bears repeating over and over. Tell them exactly what you told me and what you regret.

Make sure they understand your feelings and intentions.

If you are sincere in your apology, I mean really sincere, then they’ll know this. One word to avoid using at all costs is “but”. Never, ever use this word in any type of apology.

4) Do Something Nice For Your Partner

It doesn’t matter whether he/she forgives you or not. Just do something nice for them. Give them a gift, send flowers, write a letter or text message.

You know them best. You know what they like and dislike.

One of the most successful things I’ve seen people do is simply leave notes for their partner. Simple notes that convey “I love you”.  It doesn’t cost a thing. Quite often, simple trumps complicated and expensive when it comes to relationships.

Don’t act like you think you owe them something because they’ve forgiven you. If they have, then they’ve already done enough.

Don’t expect them to forgive you every time you do something nice for them. They may feel obligated to forgive you. But if they haven’t, don’t push them.

As I mentioned above, sometimes leaving them alone and giving them space is the best thing. They need time to miss you again.

6 ) Get Advice From Someone Who Knows About Relationships

Be sure to take this advice seriously and not dismiss it because it’s not what you want to hear.

I get it, you “screwed up”. You want back in. Actually, you want things to go back to the way they were. I’m here to tell you they may never go back the way they were and again, this will depend on how badly you mess things up.

Conclusion: Trying To Fix A Relationship You Ruined

Trying is the operative word here. Sometimes people try to hard. Apart from being sincere in your admission of guilt and apology, the third important ingredient you need to understand is the “giving them space” angle.

Many people miss this. It’s understandable because people have little patience. They want things to just pick up and continue going the way they were.

When it comes to relationships and someone messes up pretty badly, you can be rest assured they never will be the same again.

Trust will be broken. That’s a very hard thing to re-establish. Actually, if we were honest, broken trust is never ever fully restored.

There will always be that lingering doubt in the person that was hurt.

Sometimes, the person who did the damage is let back in simply to save face within that couple’s circle of influence. Or, it may be to appease the family.

How to fix a relationship you ruined starts with you admitting you were in the wrong, then a sincere apology followed most times by giving your partner a little time and space to process it all.

Good luck and I hope you find happiness again.