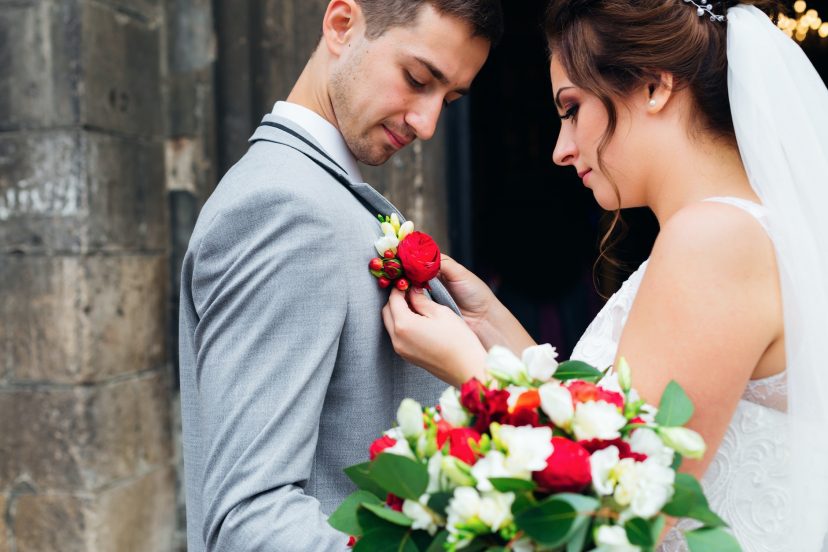 So, how to fix a marriage.

The following story highlights the importance of being ready for marriage and how communication plays a part in keeping the bond strong.

Fixing a marriage isn’t about “flipping a switch”, – it’s about knuckling down and making a commitment to the team game.

We have five amazing tips on how to fix a marriage and if applied, can start the ball rolling on getting your life together back on track.

The good thing about this advice is that it’s not complicated. Just straightforward and sensible.

But first an example of how the marriage process can fall apart fast.

How To Fix A Marriage When You Play A Team Game

It was like someone just flipped a switch in David and Tanya’s minds as soon as they returned home from their honeymoon. What looked so promising before the wedding all of a sudden looked like there could be issues.

David and Tanya had just tied the knot and spent four days in the Caymans but now, their married life was about to begin. They had every reason to be excited.

But either they got some bad pre-marital advice or they simply thought everything was just going to fall into place. Or, they were just dumb and naive about what it takes to make a marriage work.

You see, David and Tanya were signing divorce papers just 15 months after they walked down the aisle.

Their marriage was a huge failure and started to fall apart the moment they got home from their honeymoon. It was tragic in a sense because what began to happen to them could have been easily avoided. If only someone with a little experience had taken them aside and let them know the real work begins when you put the honeymoon behind you.

In a nutshell, they didn’t come to terms with the fact that suddenly they were thrust into a team game and were no longer meant to perform as individuals.

David continued to observe his single guy schedule spending a lot of time with his buddies while Tanya became resentful when he didn’t spend quality time with her or found an excuse not to listen to what she had to say.

Soon, they began sharing information about themselves to their friends and family and a lot of it was not very complimentary. Things escalated from fair to bad to worse and eventually, it all came crashing to an end.

In fact, they should have had a game plan the moment she said yes to him when he proposed.

Didn’t any one “get in their ears” about what commitment is required to make a marriage work past the first twelve months let alone a lifetime. Apparently not.

Fixing A Marriage With Good Communication

So what was the biggest failure in their brief encounter?

Lack of communication. In other words, the left hand didn’t know what the right hand was doing or thinking.

Lack of non-verbal communication and even worse…

Bad communication habits outside their home!

Fast forward to the end, Tanya didn’t respect Dave anymore and Dave, well he just fell out of love with Tanya.

But all of this could have been avoided if they had just taken the time to communicate. Surely someone could see what was happening and could have offered some timely advice.

5 Communication Tips To Fix A Marriage

Now this situation is one in the extreme but it can highlight how fast a marriage can disintegrate if communication isn’t part of the daily routine.

Here’s five ways you can keep the spark alive in your marriage by applying some basic communication skills.

Get On The Same Page

Firstly, you have to get on the same page. Talk out a strategy together about what you expect from each other. Throw everything on the table and then edit out what won’t work or is too extreme.

A major problem when two people are thrust together in marriage is that both come with different personalities along with needs and wants. This is disguised to a great extent during the pre-marital stage when everything is just perfect.

When you come up with a game plan, stick to it as closely as you can. Marriage means bending a little and getting the same in return. You are looking for a happy medium.

Sure, it won’t be perfect all the time and there will be the occasional bump in the road but at least you have set yourself a benchmark you are both working towards and with small adjustments along the way, harmony can be maintained.

Express freely your feelings about what you like, how you feel about each other, what bothers you and any future plans you are going to make.

She or he are not mind readers. Don’t let them second guess what you are thinking or how you’re feeling. When people second guess, they usually create more problems because what they are thinking is usually way off the mark and aggravates the situation even more.

How To Fix A Marriage By Listening

Too many people miss this important aspect of maintaining harmony in a marriage when they don’t listen to their partner. Do this long enough and resentment creeps in and with resentment comes lack of respect and with lack of respect comes…well, you get the picture. How can you stay with someone if you don’t respect them?

Men are usually bad listeners and women seem to have a knack for wanting their husband to listen to them when their favorite team is playing or their favorite show is on tv.

Does this sound familiar?

You rub his tummy. He strokes your hair. You leave notes for each other.

Who ever gets up first in the morning, just lean over and give them a peck on the cheek. Blow him a kiss.

It doesn’t all have to be verbal. This is an essential part of the marriage team game and while it might be hard for some people who are more inhibited, practice it.

It’s amazing how much this communicates to your partner that you love and adore them.

It can be so powerful but sadly, many don’t practice it at all or very little.

Stop bad communication habits. In other words, don’t talk trash about your spouse. Ever!

She is the most important person in the world to you. He is your rock and protector. The last thing you would want to do is talk bad about each other outside the walls of your family home.

If you gossip about your spouse then stop it. Sure, you may get an audience for a brief moment and you’re the center of attention but how long before it gets back to the person you supposedly love and cherish.

Of all the tips we posted today, this is in many respects, the most important. If your spouse can’t trust you with their quirks, habits or secrets then what’s the point.

Would you want to stay with someone with “loose lips” who you thought you could trust but then betrays that trust.

David and Tanya never had a chance because they went in thinking that once their signatures were on the marriage certificate everything would take care of itself.

The process of how to fix a marriage starts the moment you tie the knot even though things look unbreakable at this moment.

Someone needed to tell them they had just negotiated the easy part of the marriage course.

The obstacle section was about to come into view.

There’s a lot more to making a marriage work than the five tips we’ve spoken about in this post.

But if you practice these daily, you’re giving yourself an excellent chance of pushing through any difficult times that may lay ahead.

Please add to them if you like. In fact, I’d love to hear what makes your marriage tick.

What’s the one thing you practice in your marriage that makes it work?