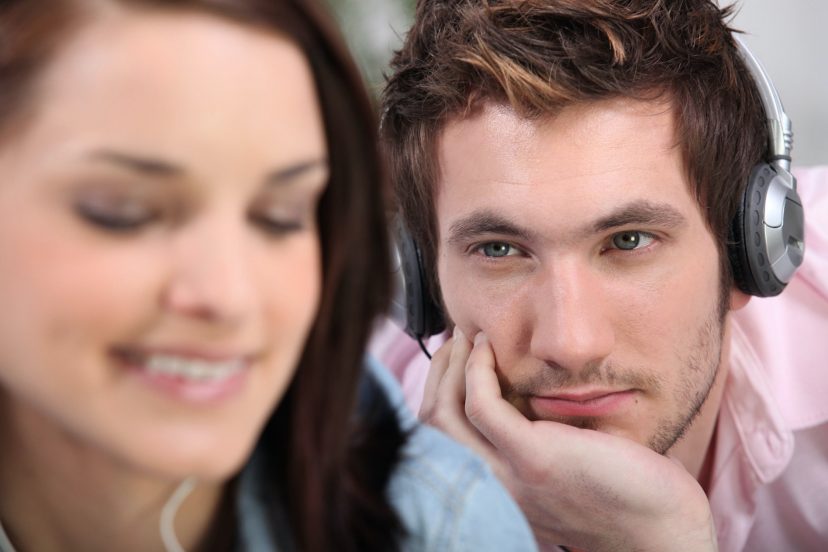 So, how long does infatuation last?

Infatuation is a form of love that is typically short-lived. It can last anywhere from a few weeks to a few months. In some cases, years.

This type of love is characterized by the feeling of intense excitement and happiness when things are going well in the relationship.

I remember my first infatuation period back in the fourth grade. It was for an older girl in the seventh grade. There was no way I was going to confess I had a “crush” on her.

Infatuations can start at a very early age. Those bold enough to express their feelings to the person they are enamored with will probably get mixed results.

Many times, people with an infatuation of others will just live with the feeling hoping to get some sign or two from their crush that might give them a reason to come out.

But in my experience, this never usually happens. It’s because among a group of friends and acquaintances, if the result is rejection, it could mean embarrassment or ridicule.

And as humans, one of our biggest fears is rejection and failure.

We’ll try to avoid it at all costs. I know people who confess they have had a crush that has lasted a lifetime. That is a little sad.

You’ve got to realize that while you may have an infatuation for someone. how do you know that person is not carrying feelings for you too.

How will you know? You have to “pluck up the courage” to ask them. Would you be interested in having a coffee with me some time? Or something similar.

How long have you had your infatuation?

What Are The Stages Of Infatuation?

What are the stages of infatuation? How can one know if they are in love?

We all know that love is a complicated feeling and it is hard to say how long it lasts. But there are some stages of infatuation which may help you understand your feelings better.

I am going to run through the stages of normal infatuation. That is, when it’s reciprocated and it goes from a secret crush to a relationship.

But you should know that infatuations can also provide some “ugly moments” especially when people with them feel that because they have an infatuation about someone, that gives them a claim to them.

That’s the kind of thinking Lifetime movies are based on which never have a good ending.

It’s not in the scope of this article to go down the dangerous path of infatuations. If that’s what you’re looking for then you won’t find the answers here. For those of you simply curious about what the stages of infatuation might look like, read on.

The First Stage Of Infatuation

The first stage of infatuation is called limerence or limerence attachment. It usually lasts for about six months to two years, but this period can vary significantly depending on the person and the circumstances.

Limerence starts with an intense desire to be with someone, which then develops into deep feelings of attachment and even obsession over time. This stage is also called romantic love or passionate love because it feels like being in love.

They may also become jealous and suspicious of the other person’s behavior. When they don’t see any signs of reciprocation, they could get upset and frustrated.

People in this stage tend to focus on the positive aspects of their crush, such as intelligence, personality, looks, and so forth.

If the crush likes them back, they will show interest in them and want to spend more time with that person. If they are rejected, they may become angry and depressed.

That’s not good in some cases. When limerence ends, the person goes through what we call ‘limerence withdrawal’ where they feel lonely and empty.

The second stage is called the honeymoon phase. This is when the relationship begins to take shape. During this stage, both parties begin to develop deeper feelings for each other.

Honeymoons are characterized by excitement and happiness. People are likely to share intimate details of their lives with each other.

This stage is characterized by trust and affection.

When the honeymoon is over, the couple enters the third stage: falling in love. In this stage, people start to express more affection towards each other and build emotional intimacy.

Falling in love involves getting to know each other better, sharing personal stories, and talking about future plans.

The fourth stage is called the commitment stage. This is when both partners decide to commit to each other.

In this stage, couples try to make decisions regarding marriage and family.

The fifth stage is called the engagement stage. This means that both partners are preparing themselves for marriage.

In this stage, couples discuss the wedding date, choose a venue, plan the ceremony and exchange rings.

The sixth stage is called the married stage. This is when the couple has been living together for at least three years.

These are the stages of infatuation when things go according to the natural plan.

What’s that? Someone has an infatuation about someone else. Things develop. There’s reciprocation and  a relationship is born.

You might find yourself in a situation where you are confused about whether or not you are in love. Or maybe you’ve already fallen in love with someone and now you’re wondering how long does infatuation last?

Conclusion: How Long Does Infatuation Last?

To answer your question again, there is no set timeline for how long does infatuations last. It depends on many factors including how strong the feeling is.

It can vary from days to months to years. But there are certain stages that you should expect during an infatuation.

I want to close with this. While to many, infatuation with someone else may seem harmless and to an extent, romantic, the truth is, infatuations can have “ugly endings”.

There may be psychological aspects of being in love with someone you can’t have. If you are in this situation then consider talking off the record to a counselor.

It might be time to let this go. If you have been rejected move on. If you are still waiting for a “crumb of attention” from your crush but are too frightened to let your feelings known, move on.

As I said earlier, I know people who have stayed single entire lifetimes because of an infatuation for someone.

Infatuation is real. It can be cute and romantic. But it can also have in some cases, sad and ugly consequences.