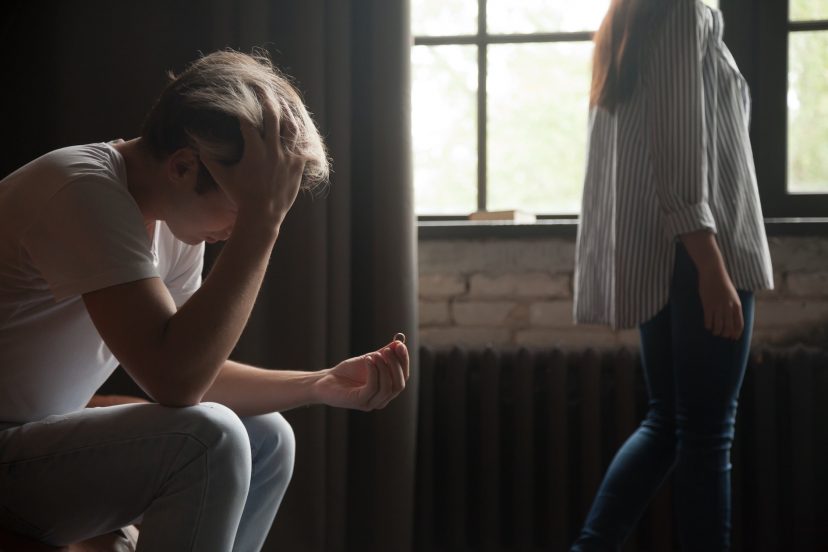 Let’s face it, getting dumped is no fun. Most of us have been there. Some of us have even done the dumping.

Are you on the wrong end of a relationship dumping? Do you get this horrible feeling you’re about to be given your marching orders?

Today I want to focus on those reading this who are in both these situations.

In other words, you’ve either been told your services are no longer required or you have a strong sense of feeling that something may be up.

For whatever reason you’re on the outer and you’re getting dumped.

Now I’m not going to sit here and pretend to know what the reason is/was because I don’t.

Getting Dumped For No Reason?

There are two sides to every story. The reasons people get dumped are numerous.

Here are just a few…

Well, there’s always a reason but for many of you reading this, you’re probably still in the dark as to why.

You want to know the reason.

See a pattern emerging here? What do you see?

How about desperation or neediness?

Truth is, you actually know the reason for getting dumped.

Whether it’s any of the reasons mentioned above or something else, deep down, you know.

You just don’t want to face it. It’s human nature.

But you’d rather that she/he tells you as if that is going to make you feel better and change the outcome.

Why Am I Getting Dumped?

Let me tell you a situation many years ago when I was in my early twenties. I met a girl whose parents I was very close too.

She lived several hours away. Despite my relationship with her mom and dad, I had never met her.

One day it happened. We met and yes, sparks flew. In fact, she did the pursuing which flattered me no end and so a relationship was born.

I was a thorough gentleman and mindful of my relationship with her folks. I fell for her “hook, line and sinker”.

Usually a laid back type of guy I suddenly became “Mr. Pleaser”. There was nothing I wouldn’t do for her. Big mistake.

Okay, many women might think “hey, there’s nothing wrong with that”. Well, yes there is. Especially at the start of a relationship.

It was needy, desperate behavior on my part. I puke every time I think back to that period and who I became for a fleeting moment.

Who is that guy?

But you live and learn and while the relationship only lasted six weeks, I knew deep down I was in trouble after two weeks.

Deep down, I knew I was getting dumped but chose to ignore it.

Notwithstanding that it was a long distance relationship, which was hard enough but me wanting to know what her every movement was in a nice way didn’t help.

I thought that’s what boyfriends and girlfriends did. Was I a little naive? Yes.

This was back in the days when the only form of long distance communication was by phone.

No texting, no social media, no Skype. It sucked.

Anyways, she was traveling home to spend the weekend with her parents in week six of our brief union and I was excited.

I just pushed it further into internal oblivion.

First warning sign something was wrong was that her mom let me know she was coming. Not her.

“Okay” I thought. “She’s got plenty on her mind and just forgot to tell me”.

All week I had this feeling in the pit of my stomach I kept ignoring. Actually it was more like a soft, small voice.

“This is it…getting dumped. Walk now!”

Every time I thought the worst I thought myself back into a positive state.

Well, on the Friday night of her arrival I waited patiently by the phone for her call. My anticipation was enormous. Hours went by and no call.

“Hmmm” I thought. “Maybe I should call her folks house and see where she is. No, that may look a bit desperate”.

Well, the desperation horse had already bolted on that feeling. Then, almost on the stroke of midnight the phone rings. It was her and I breathed a huge sigh of relief however, my joy was short-lived.

The call was short and swift. It was almost military strike-like. Those words I had feared hearing in the preceding weeks rang true.

It was a devastating moment. In eight hours, I started a new job as a weekend announcer at the local radio station. How the heck was I going to pull that off?

To cut a long story short…I did but I’d have to say, it was one of the most unpleasant episodes in my life.

What followed over the next few weeks was vintage ugly behavior. I gave neediness and desperation a completely new meaning.

I was the poster boy for those behaviors.

Not my proudest moment.

As it turns out, there was a strong chance that a swift reunion was “on the cards” according to people who knew her best.

But I screwed it up good and proper with the way I acted afterwards.

So, what’s the message here?

Are you currently on the banished list? Do you feel you’re going through the lead up phase to getting dumped?

Stop and look at the way you’re behaving.

Is it ugly, needy and desperate? You’ll know.

If your answer is yes then all I can say is stop it.

Reversing The Act Of Getting Dumped…Impossible?

Do you really want to give yourself the best chance of getting them back? Before they hit the “nuke button”, just compose yourself.

Thinking you’re going to change their mind by getting some answers may satisfy your “need to know”. But the truth is, you’ll just push them further and further away.

In short, you need to find the carrot again. You need to dangle it in front of them and get them chasing you again.

How do you do this?

Well here are six ways without any explanation. They really should be straight-forward and simple to understand. We’ll cover this in more depth in another post.

Which of these “golden rules” were ignored?

Well, the answer is all of them but the “killers” in my case were “give them space” and “don’t be an eager-beaver”.

Can you relate? Like I said, not my finest moment. Please don’t go down the same route!

But if you have, why not share your experience below. Talking it out can really help.