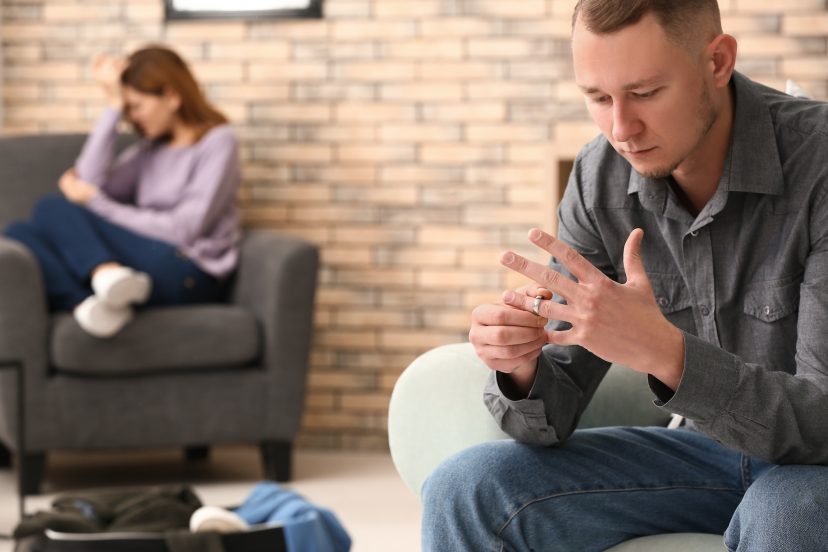 Constant arguing in a relationship will eventually destroy it. Make no mistake.

Personally, I don’t believe fighting is healthy in a relationship. However, many experts will go out on a limb and tell you unless there is conflict in relationships, they won’t last.

I could never understand this.

I think there needs to be some distinction made between fighting and good old fashion debate.

Yes, there is a difference.

Fighting where two people are engaged in a no-holds ugly exchange of words just can’t be good for the long term health of any relationship.

Example Of Constant Arguing In A Relationship

Take Brian and Rose. They fought all the time. Drag-down, no holds barred, insult throwing fights which would have been star billing on any UFC card.

Their relationship lasted less than a year. The problem was that neither were prepared to give an inch. Both had their own opinions and views on things and they stuck by them.

Hence, there was constant arguing in their relationship.

Brian was a slob and Rose liked to keep a neat house. They came together with differences and neither made an effort to make any adjustments to please the other.

In the end, the fights got uglier and uglier and while there was no physical stuff, the words they threw at each other cut so deep it eventually led to resentment.

Example Of How To Handle Constant Arguing In Your Relationship

On the other hand, Ben and Delia had similar personality types to Brian and Rose.

Ben wasn’t used to having to clean up after himself while Delia, not totally OCD although she did like to keep things tidy.

They both knew this before starting their relationship and decided they needed to set some boundaries and expectations from each other.

They came up with a plan. Both agreed to respect each other’s habits and personalities and both agreed to make adjustments. The interesting thing was, neither had to make any major changes.

Ben just needed to remember to pick up his clothes and hang up his towel after a shower. He needed to put his dishes in the dishwasher and not leave them in the sink.

Delia had to respect Ben’s request to leave his small office space area alone because Ben needed some disorganization for him to be able to function properly. They fought but had healthy arguments which were always resolved.

How Ben And Delia Resolved Their Arguments

Sometimes it just takes a small shift to maintain harmony in a relationship.

Ben and Delia did the sensible thing. When disagreements arose, they were mature enough to make their point and then give the other the opportunity to respond in a civil tone.

Yes, they argued but more in a debate style and a solution was always reached.

Ben usually gave in, not in a totally submissive way but more along the lines of…”I’m sorry I upset you and I promise I will make an effort to do better next time. Will you forgive me”.

The response was always yes, but here’s the uncanny part, Delia would follow up with her own apology and admit maybe she was a little tough and would try harder to understand Ben a little better.

Can you see how important the distinction between fighting and healthy debate in a relationship is.

When You Argue Constantly In A Relationship Watch Your Words

Words cut deeply and there is always a residue left festering when insults are made.

I don’t believe people ever recover from them. Little by little following every fight, the wounds open a little more and never fully close.

Over time, resentment will start to fester and once it does, every fight that follows is like a knockout punch and there’s no getting up off the canvas.

When a couple engage in healthy open debate, things still get testy but listening to each other makes a huge difference. You’re arguing but maintaining a healthy respect for one another.

This style of argument lets your partner know how you really feel. It also lets them know how invested you really are in the relationship, and that you care enough to be open with them about your feelings.

Unless you do this, keeping your feelings to yourself is what usually leads to the ugly drag-down fighting between couples because eventually, one person snaps and lets fly.

Calling timeout and making your feelings known is also important when you or your partner continually drive home a point without any pushback.

If you’re under constant criticism and simply let it wash over you thinking it will just go away, there is trouble headed your way in the form of a meltdown.

By not responding, she/he is simply going to assume you agree with them. It’s a green light for them that they have the license to continue criticizing. Eventually the “dam wall is going to break” and it’s more than likely going to be very ugly.

People in relationships who don’t respond and keep their feelings to themselves are usually avoiding conflict but there’s got to be a reckoning at some stage.  So when she/he starts, just ask them to come and sit beside you because you have something to tell them.

Let them know you love them, you’re sorry you upset them and you’ll try to do better. Tell them you hate it when you upset them and then ask for forgiveness. Sounds too simple but it’s so effective in diffusing a potential ugly fight.

I realize some of you will think you don’t have the personality to do this but practice makes perfect. Unless you try it, how do you know?

Use This To Diffuse Constant Arguing In A Relationship

Others may be thinking it’s admitting your in the wrong and this only gives your partner more ammunition to continue criticizing you.

That’s a fair point but you did say you would try to do better didn’t you?

Don’t forget, there are going to be some things they do that irritates you.

Don’t let your irritation fester. The script above applies here as well, and starting the discussion with something like…

”Sweetheart, I appreciate you and how you’ve helped me be more responsible around the house. Would you appreciate some input from me on a couple of areas you could do better in too?” Again some diplomacy is required.

So in closing, yes, there is a difference between fighting and plain old healthy discussion.

And no…fighting is not good for a relationship if you are talking about vicious vitriol exchanged between two people.

If you can remember to not let things fester just to avoid any type of confrontation and communicate with your partner what your feelings are in a sensible and controlled way, you’ll maintain better peace and harmony.

The big enemy here is resentment. Don’t let it rear its ugly head because when it does, it never usually leaves.