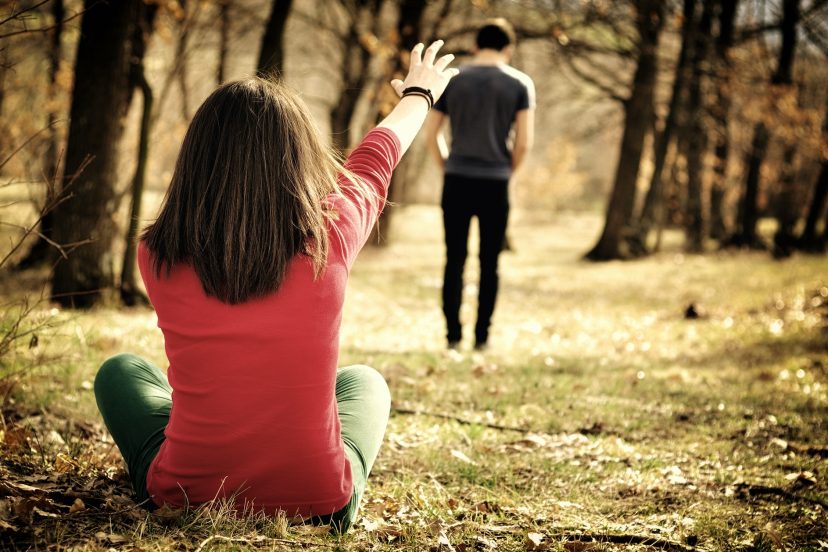 Is calling your ex a good idea after a break up? More to the point, is calling them a smart thing to do if you are trying to get them back?

Both very valid and important questions where one answer does not fit all.

For example, if you had a mutual break up and you have legitimate reasons to call them, then that’s completely up to you.

But if you have been dumped out of the relationship and are still very much in love with them, then for at least the first two to four weeks, the answer would be no, don’t call them.

Okay, you were blindsided by the break up and it caught you completely off guard. You love them and don’t want to lose them. But going after them like a “bull at a gate” is not a good idea.

You are desperate right now and desperate behavior is hard to contain. It looks ugly and they’ll see it and guess what, it’s not attractive and you’ll probably lose them forever. However, despite this, we’ve got a strategy that could work for you in those first thirty days.

Calling Your Ex After You’ve Been Dumped

One of the biggest mistakes people make when trying to resurrect their relationship is hounding their ex partner with phone calls.

Should you be calling your ex right after they’ve dumped you? Again, the standard stock answer is no. There should always be a grace period. You should allow them time to miss you again before you pick up the phone.

I recommend just walking away without making a fuss – no arguments, no phone calls and no wimpy behavior.

Just walk away and send them a short note letting them know you agree and respect their decision.

Memorize that last sentence of agreeing with them and respecting their decision. This is the first step in getting them back into your life. It’s so powerful.

Can you imagine how much this would throw their thinking. Here they are dumping you and expecting an emotional response and you remain calm and measured. Then you actually agree with them that for the time being, it’s best to just walk away for awhile.

How To Get Your Ex To Return Your Calls

So when should you pick up the phone and more importantly, what should you say? The problem today is, caller id will alert your ex as to who is calling and it’s more than likely they won’t answer.

That’s okay because you can still leave a message. But not just any message. Even though chances are still not high, I’m going to show you the strategy you can use to get your ex to return either your phone call, text message or email.

There is nothing more frustrating than being ignored by someone you still have strong feelings for. You want to hear their voice, talk to them and simply want to know what they’re up to. That’s only natural.

But you have to be careful when trying to make contact during the delicate initial stages after being dumped. They won’t answer your calls or emails, that’s a given.

So let’s take a leaf out of the “book of diplomacy”. Let’s look at what words you can use in your message to virtually mesmerize your ex partner to return your call.

Just remember one thing – if you attempt to use the following technique without an overall plan, then you will just “put another nail in the coffin” of your already shaky relationship.

Calling Your Ex – What To Say

Firstly, resist any temptation to make a plea or create some sort of emergency hoping to force your ex to call you back.

Believe me, they’ll see right through it most of the time and if they don’t, and you mess up the response, well, once bitten twice shy!

You need to create curiosity and self interest. One without the other is like a row boat without a paddle.

But using both can literally make you an irresistible force. For example, when you leave a message, say something like this:

“Jenny/Brian I really appreciate what you went out of your way to do for me. I appreciate it and it saved me a lot of embarrassment. If you call me, I’d like to thank you in person. Otherwise, thanks again.”

Powerful stuff. You’ve created curiosity because they’re wondering what it was that made you so appreciative.

It’s likely they’ll feel good about themselves for helping you out. Will they dare call you? Should they call you?

That we can’t answer, but using this strategy is going to be far better than you flinging yourself at their feet and begging them to take you back.

Before you call and leave the message though, figure out what you’re going to say when they return your call.

What was it that made you feel appreciative?

Know this though, if you go down this route, it will backfire on you big time if you don’t have a strategy in place before you make the call.

If you were preparing for the Olympic one hundred meter dash, you wouldn’t go in unprepared right?

Same principle applies here. Just make sure you have your strategy set in place and know exactly what to say.

I don’t know you so I’m not going to say yes or no.

But as I said, using a strategy like this that is measured, mature and non threatening, is far better than going in like a defensive lineman staring down a quarterback.

In the best traditions of detective Columbo and “one more thing” – you want to be confident you can do this. Any hesitancy in your voice will be a red flag.

Again, we’ve laid out the strategy to use when calling your ex but do you think you can pull it off?