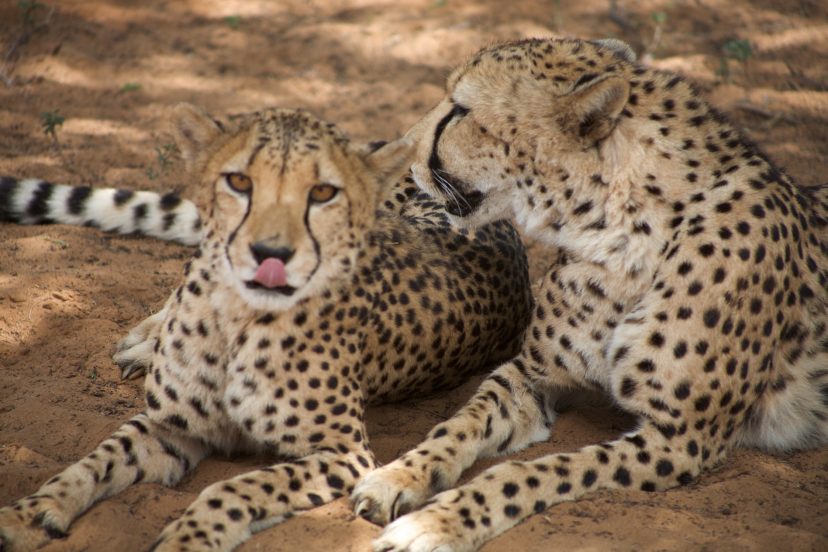 A cheater will always cheat. True or false?

The gut says yes but the mind says hold on.

Probably the best way to answer this statement is that it depends on who you talk to.

The problem with trying to analyze people who cheat is that there are different reasons why they stray and you can’t put them all in the same basket.

Whatever the reason, getting to the cause of it can provide victims with the biggest heartaches. Sometimes wondering why is worse than the actual act of cheating.

But as someone who has been on the other end of a cheater’s playbook, let’s just say there’s no “once bitten twice shy” thing happening here.

3 Reasons A Cheater Will Always Cheat

Let’s break this down and examine different scenarios of why cheaters will always cheat. We’re not pointing the finger at anyone so don’t get on your high horse.

Just three reasons why someone who’s strayed is likely to offend again.

1. Someone is a narcissist and has no respect for their partner’s feelings.

In this case, if you are with someone like this and hoping they will change then you are pushing the proverbial sh*t up hill. The truth is, until they decide they have an issue and seek help for it, then they won’t change.

People who have no respect for someone else’s feelings and show no remorse will continue to offend because they don’t care.

Yes, they will throw themselves at you begging for forgiveness and for you to give them another chance but how many chances have you given them?

If it’s more than one then it’s time to say “hit the road buddy”.

2. A cheater may always cheat because they are not getting any attention at home.

This is a common scenario especially with women who stray. The clues are usually obvious leading up to the tipping point but for some reason, many just let it break.

When someone craves attention and their partner is ignoring them for whatever reason, then when it’s given elsewhere, the temptation is sometimes too great to resist.

Sure, there is guilt and in most cases shame, but the allure of being splashed with attention, again, in their minds, is worth it.

When the scenario doesn’t improve at home with their partner, who still continues to ignore their needs, what may start off as an affair could very likely end up in the cheater ending the relationship altogether and leaving. Some may say “well good, why shouldn’t they?”

In extreme cases probably but as I mentioned earlier, there are too many reasons to consider here. They include:

These are just a few reasons why a cheater could cheat again in this example. We’re not using it as an excuse but it’s an all too familiar scenario leading to someone cheating. In fact, it’s hard to lay blame here but more so pity for what was once a promising relationship now going through tough times.

3. The relationship has got stale and boring.

This is different than the second scenario above.

This happens when one person needs some excitement back in their life and finds the thrill factor in an affair exciting.

These situations are usually short-lived.

It’s a kind of “scratch an itch”situation.

An office party fling, a gym fling or a complete stranger someone may meet at a bar while hanging out with friends.

This doesn’t make them right and these types of cheating episodes can be just as destructive to the stable fabric of a relationship.

So, Will A Cheater Cheat Again?

Definitely yes in the first instance. In the second case, somewhere between probably and maybe. And in the third, it’s a “not sure”.

There are several questions you need to ask.

When you think you have figured out the reason why they’ve strayed then you can move forward with any possible solutions.

If you are in any one of the situations we’ve outlined, you’ve got to ascertain whether it’s worth staying with your partner.

Or maybe you should ask…

“can I really stay with them now after knowing what they’ve done?”

Truth is, you can ask questions all day long on whether they’ll cheat again. But the problem here is that your trust has been broken.

Can You Trust A Cheater Won’t Cheat Again?

Trust…we all have it in some form or another and it’s one of the greatest gifts we can give another person.

But beware when it’s broken. When that occurs, the rust will start to form in the cracks of the relationship. What this means is that when trust is broken, it’s hard to get it back. Actually, you’ll never fully regain it.

So the question you need to ask when you’ve figured out why they’ve cheated is can you live with the knowledge that your wife, husband, boyfriend or girlfriend cheated?

Then you’ll wonder if a cheater will always cheat? And of course, on top of this you have to work at putting the relationship back on track.

If you think you can, then some serious discussion needs to take place with your partner, preferably with a third party in attendance. The reason why they strayed may not please you.

If it’s because of either the second or third scenarios we mentioned then you have as much work as your partner to do to make this work. Maybe that’s not what you want to hear.

One more thing. Because your trust has been betrayed it’s natural that your suspicions about them whenever you’re not together are going to be heightened. This will be a given.

Every time they go to work, down to the store, out with a friend…anywhere without you in tow is going to make you feel uneasy.

You’ll wonder…are they really going to work? Are they actually going to the store? It’s been ten minutes, where are they? And yes, that voice in your head telling you a cheater will always cheat.

The feeling of suspicion will start as a pit in the bottom of your stomach. It’s uncomfortable and your imagination will start to run wild.

In some cases when they get back you’ll be so worked up that you’ll let fly with some verbal abuse or some serious questioning. Understand the cheating doesn’t stop when someone is caught out or confesses what they’ve done.

It continues on during the recovery phase unless you confront it right away. And in many instances, this is sometimes harder to deal with than actually finding out your partner cheated.

In fact, the effects of broken trust may be what eventually forces you apart.

What are you going to do then? Is your relationship strong enough to handle this phase? Are you strong enough?

Let me know in the comments if you’ve survived after being cheated on. What was the one thing that saved your relationship?

How Long Does The Honeymoon Period Last?

So, how long does the honeymoon period last? This is a difficult question to answer, because…