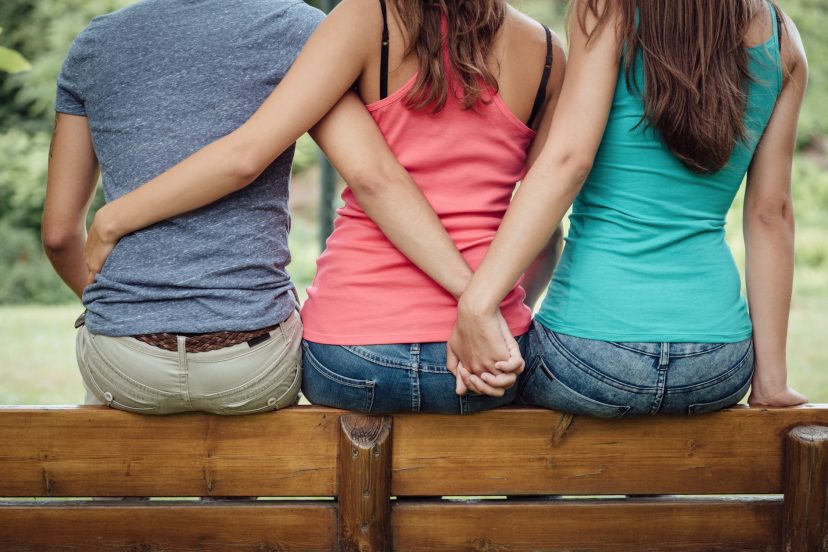 Let me guess, you’re “spider senses” are throwing out signs he’s cheating. Intuition is a powerful thing but so are clues and in the world of infidelity, they are numerous.

Something doesn’t quite feel right and despite your heart telling you it’s nothing, that “niggly” feeling of insecurity is too strong to ignore.

So, what are the signs he might be cheating?

Let’s get one thing straight. I deliberated for some time about writing this post simply because I don’t want this to become a witch hunt within your own relationship.

If you’re reading this, then right now, all you have are suspicions and that’s all they may be.

If you have suspected your boyfriend or husband is cheating, then have you done anything about getting an answer one way or the other?

Think He’s Cheating? Careful What You Say To Others

Ultimately it’s up to you to get an answer. Please don’t let your suspicions consume your life. Don’t let it drag on and on. It never ends well.

One thing leads to another. Probably the worst thing you could do is to talk about it with your friends and family before you know categorically that he is being unfaithful.

If you’re talking about this with others remember, they are more than likely his friends as well assuming you move in the same circles.

And if what you have suspected turns out to be nothing, imagine the harm you’ve done to not only his reputation, but also to your relationship. Not to mention the embarrassment.

However, to confide your suspicions to someone you trust implicitly and know it won’t appear on the six o’clock news in my opinion, is okay.

Just don’t fall for the trap of telling everyone before you’ve had a heart to heart with your partner.

7 Signs He May Be Cheating

I’ve compiled a shortlist. There’s many more but I’ve found that many will tie in with others. Here’s the seven reasons to become suspicious:

I am going to highlight the first two signs shortly which both tie in together. But first, a word of warning.

If he is doing any of the above and it’s a virtual one off or they happen spasmodically, there’s probably nothing to worry about.

Hey, let’s not “hang him” on flimsy evidence.

However, if you have suddenly noticed a dramatic shift in his patterns and it’s been going on for some time, then there’s cause for concern.

And if he gets touchy every time you question this change, the warning light is pretty much in the yellow alert stage getting close to red.

The first two signs of acting out of character and caring about his appearance are two biggies.

Several years ago, I innocently spotted something strange going on with a close colleague of mine.

At the time, I didn’t say anything about it except to mention to my wife that his behavior was totally out of character.

Growing up, I was always the “sportsman” and fitness type. He loved looking for the easy solutions when it came to fitness, loved his food and drink and pretty much portrayed a strong macho character.

God forbid he would ever come to the gym with me. Even driving past a gym for him would have been like raising a crucifix to a vampire.

Anyways, I was eaves-dropping on a conversation our wives were having one day, not intentionally of course, and pricked my ears when I heard his wife say he had joined a gym.

I almost choked on my sandwich and blurted out “what, you’re kidding! No way”.

Then she talked about how he was paying attention to his grooming habits…new hairstyle, neat casual dress and yes, plucking the long hairs from his nose on a regular basis.

At the time, I felt a sense of pride that finally, he had taken some of my advice.

And when his wife said the same thing, taking credit for his new and improved routine none of us really thought anything of it.

Later, I innocently remarked to my wife…”I can’t believe what I heard. Maybe he’s seeing someone else”. But all in jest of course and she quickly put me in my place.

Well, fast forward a year later at around Christmas time, we were all devastated when the news broke that he had asked his wife for a divorce.

The Signs He’s Cheating May Be Subtle

Just like that, a marriage was over. Turns out he was having an affair and for almost two years! The signs were there. But no one acted.

We just thought it was great that he decided to finally start looking after himself. Maybe the same situation is happening in your life. What do you do? Well, if it was me, I would simply ask for a one-on-one chat and pose the question.

But that’s me. I usually like to get things sorted out one way or the other. It’s not healthy letting them drag on if something is wrong. Let’s start the healing process now. But that’s just me.

You? I don’t know you. Maybe you have some reason you don’t want to know for sure. That’s your decision. But I certainly feel for the situation you might find yourself in.

People will often be prevented from taking action because of kids, finances, their circle of friends, the embarrassment – any number of reasons. But remember this, maybe you can maintain your positivity and carry on like there’s nothing wrong.

But you cannot maintain a healthy relationship or marriage if you are secretly consumed by suspicions which you haven’t yet proven conclusively. Suspicions will eventually lead to resentment and you really want to avoid that.

Signs He Is Cheating – Final Thoughts

I will leave you with this final piece of advice.

If you are still bringing plenty of positives to the relationship and he continues to act out of character; if he starts to treat you indifferently or badly or the trust has completely dissipated from your end, then it might be time to start thinking about yourself.

It’s probably long overdue for some “fess up time”.