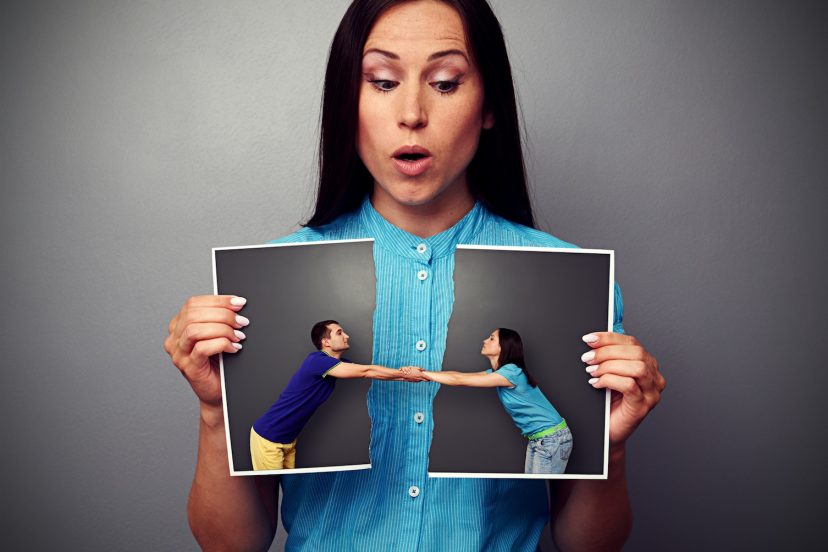 There are definite signs your ex is not over you. We’ll take a look at them in just a moment but first a caveat.

If your break up was an ugly one, in other words, there was some type of violence involved, then this is probably not for you.

In that situation, one or both of you should be seeking professional guidance as the signs are strong that a successful relationship is not “in the cards”.

For those of you who were dumped or even broke up mutually but still pine for your ex, then this information may be really helpful.

Have you asked yourself these questions? Do I really want to get back into a relationship with them? Do I really love them? Am I still pining for them because I am alone?

All legitimate questions which you need to explore and answer. Be honest with yourself and if you still feel a need to get back with them, then let’s look at the signs your ex is not over you.

Signs Your Ex Is Not Over You

Were you spurned? Did you do the breaking up? Did your relationship just lose its zip?

There are many reasons a couple breaks up. Other than violence being involved, the idea of a reconciliation always seems to have an air of romance about it.

It seems a good idea at the time. Sometimes it is but most times it’s not.

So let’s look at the four signs your ex may not be over you.

Speaking from experience, sometimes it’s best to just leave things in the past. However, I know every one is wired differently and every relationship is different.

The four signs listed here are usually strong evidence that they still have feelings for you. But don’t confuse feelings with intent. Could you handle another break up? There is so much to rationalize here and for your sanity and benefit, think long and hard before wanting to “jump back into the fire”.

Once again, have you answered the three questions above? Have you spoken with someone who had a forty foot view of your situation? Can you pinpoint why you broke up in the first place? Is it worth going through that again?

This also relates to you if you were dumped out of the relationship. Maybe your ex fell in love with someone else and you were on the outer.

Suddenly you hear they are single again and right now, you’re tunnel-visioned into the idea that you might be a chance to pick up the relationship again.

Just be careful. Remember the hurt they caused you? You need to maintain a little self respect right now and think long and hard about what you’re about to do.

Hope is one of the biggest motivators for someone spurned by their partner in a relationship break up.

Hope that this is not permanent and they’ll soon come to their senses and ask you back. Truth is, it never really works out that way.

Warning: Signs Are Good But Be Careful

If you are currently on the outer and looking for signs, we’re here to tell you that yes, there are definite signs but also to be careful.

For example, someone dumped never gives up hope that their ex still has feelings for them and wants them back.

The problem is, many misconstrue fact with hope and will often push their ex further away by acting on impulse to situations which they misread.

If they are outwardly upset about the relationship, then this could definitely be taken as a positive.

Put it this way, if they took dumping you in their stride and showed no emotion whatsoever, then there would be a reason to be really concerned about trying to get back there.

Pay particular attention to the third sign and that’s if they ignore you completely.

There is always “smoke where there’s fire” and instead of reacting irrationally to this, play along. That’s it.

Don’t react and feel like your ego is being dented because you’re being ignored.

Instead, keep a cool head and be gracious.

There’s a strong chance that if they did the breaking up initially, they simply don’t want to be seen making the first move.

This in itself is a danger sign. If they aren’t willing to make the first move, it smacks of a little narcissism.

I’m just trying to rationalize all the angles here for you. The aim is that any move should be made by them. If you make the move then they are in control. Does that make sense?

What if your ex partner does the “Linda Blair head spin” thing from the movie The Exorcist every time your name is mentioned?

Think of it like this, if they didn’t care would they react?

The point we’re trying to make in this article is to maintain a cool head during the initial break up.

Don’t try and force the issue. Looking for signs your ex is not over you may seem attractive right now but chances are that they may be misguided.

Play it cool and explore this with plenty of trepidation.